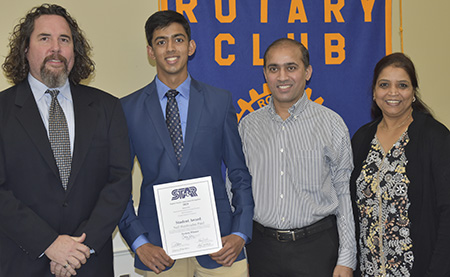 Troup County High School’s Neil Patel was named the Troup County area system-wide STAR student of the year during the weekly Rotary program on Wednesday afternoon. The STAR student/teacher program has been an annual tradition in Troup County since it began in 1959, and features a representative from each of the county’s public and private high schools. Patel, a senior at Troup County High, is hoping to attend the prestigious Massachusetts Institute of Technology and study chemical engineering and economics. The soft-spoken senior said he felt honored to receive the nomination amidst so many other qualified candidates.

“It feels great to be honored by my school and everyone I know here, it feels great,” Patel said.

Patel was selected as a finalist for the system-wide award alongside Sierra Wyble of LaGrange High School, Alexander Wilson of LaGrange Academy, Olivia Tompa of LaFayette Christian and Carlos Villatoro of Callaway High School.

To be eligible to receive the STAR student nomination, students must post the highest score on the SAT test on a single test date among qualified seniors taken through the November test date of their senior year, and be in the top 10 percent, or amongst the top 10 students in their class, based on grade point averages.

Dr. Penny Johnson, Assistant Superintendent of Troup County Schools, was the emcee for the event, and spoke to the level of achievement and talent exhibited by this group of STAR students and those from the past.

“When I was asked to participate in today’s program, I was reminded of the caliber of the Troup County STAR students who have gone on to achieve greatness in recent years,” said Johnson. “The students sitting in this room today represent a class that is destined for greatness, I’m sure. Today, we’re here to honor the best of the best.”

After speeches were given by each of the STAR student finalists from the five high schools, Patel was named the system-wide winner.

Patel named Chance Giddens as his STAR teacher representative, who shared that Patel is not only an intellectually gifted student, but one dedicated to learning.

“Neil not only has a great deal of innate intelligence, but is incredibly hard-working,” said Giddens, who is in his 13th year at Troup County High School and has taught Patel in both AP US History and AP European History. “He’s very conscientious, he’s unfailingly polite, everybody loves him. But what really sticks out about Neil is the fact that he wants to do better, he’s always on a quest for knowledge.”

Patel will now go on to compete at the regional level of the STAR program at an event that will be held at Columbus State University’s campus on March 11. Region winners then move on to compete for state honors. 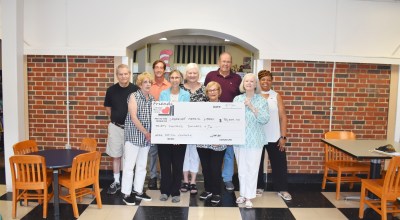