Three arrested in connection to burglary on Mobley Bridge Road 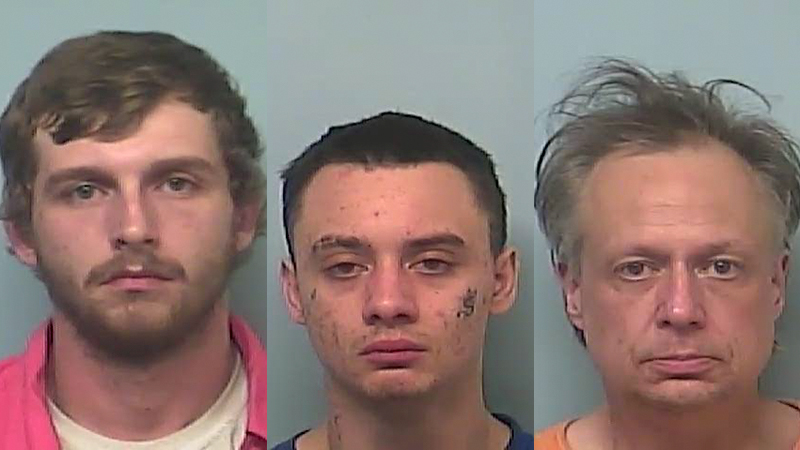 The Troup County Sheriff’s Office has taken three suspects into custody on charges connected to a burglary on the 2700 block of Mobley Bridge Road on Tuesday.

TCSO deputies were dispatched to a residence in the 2700 block of Mobley Bridge Road regarding a burglary, according to a press release from TCSO.

Once on scene the complainant stated that she had left her home around 7 a.m. When she returned around noon, she discovered that an unknown person or group entered the residence without permission through a backdoor and stole several items, valued at approximately $700, from the home. The items allegedly stolen included several electronic devices and jewelry.

After the scene was processed, investigators received information from a local pawn shop that a person had attempted to pawn items which they believed could have been stolen.

A vehicle that the suspects were driving was later spotted at the LaGrange Mall and suspects were taken into custody at that location and an additional location.

Charged with burglary are Dustin Lee Gaddy, Clark Wesson Wingo and Jeffrey Michael Johnson. The majority of the stolen property was recovered and returned to the victim, according to the press release.