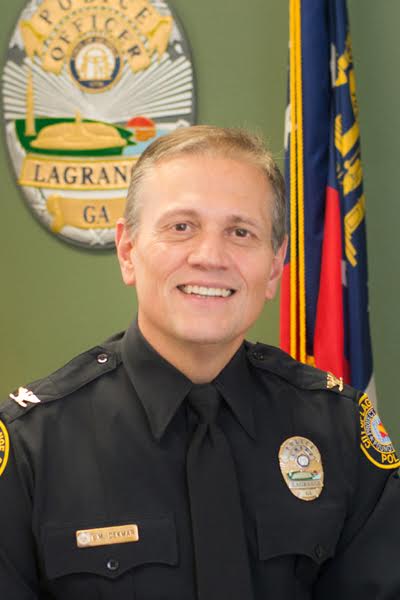 Louis M. Dekmar, Chief of Police for the LaGrange Police Department for 25 years, will be the featured speaker at LaGrange College’s 188th annual commencement ceremony at 8:30 a.m. on May 18 on the Residential Quad.

Dekmar has served as a federal monitor for the U.S. Department of Justice, civil rights division.  He is an international presenter for police leaders and elected officials on a range of topics involving leadership, ethics, law enforcement management and liability issues, and has provided numerous training programs to police chiefs, elected officials and other law enforcement personnel in more than 20 states and several countries.

In 2014, he addressed the United Nations Police in Oslo, Norway, on the topic of international law enforcement standards.

He has been in law enforcement for 41 years in careers that range from police officer and detective to division commander to police chief. He has been chief of public safety for the City of LaGrange since 1995.

Prior to that, he was police chief for City of Morrow, Georgia, and had 10 years in law enforcement in Wyoming.

He is past-president of the International Association of Chiefs of Police and past president and chair of the Commission on Accreditation for Law Enforcement Agencies, having served in that role five of his 10 years on the commission. He is past president of the Georgia Association of Chiefs of Police and a member of the National Organization of Black Law Enforcement Executives.

A native of Oregon, Dekmar is a graduate of the FBI National Academy and FBI Law Enforcement Executive Development Seminar.

Dekmar is married to Carmen Dekmar, and they have two children, Chris and Cathy.

Boys and Girls Club to host annual banquet May…