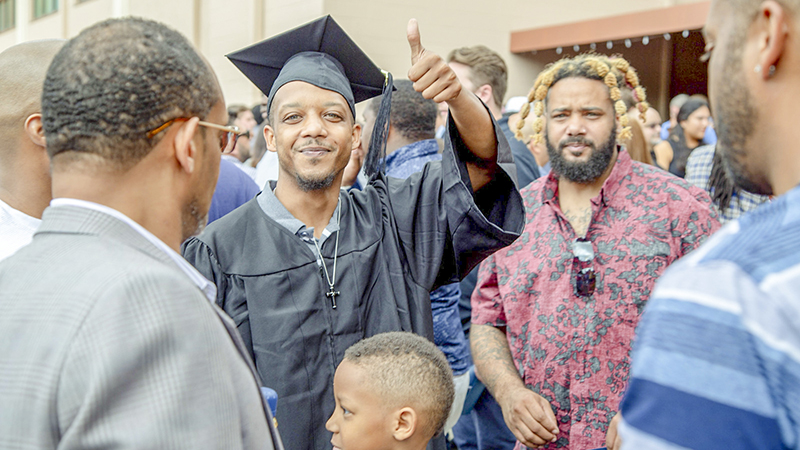 President Dean Collins presented the Hathcock Award to two Point students. According to a news release from the university, it is the highest award that can be bestowed on a Point graduate.

Gray Shorrow, an international student from Liberia, received the award for the University College. He graduated with a bachelor of business administration in accounting and was awarded the Google Cloud Academic All-district Award during his final season playing soccer for Point.

Crystal O’Dell of LaGrange received the award for the College of Graduate and Professional Studies.

She earned a bachelor of science in information technology and was one of the first to graduate from the program recently offered by the university.

The news release from the university said the students excelled in academics, leadership and Christian character during their time at Point.