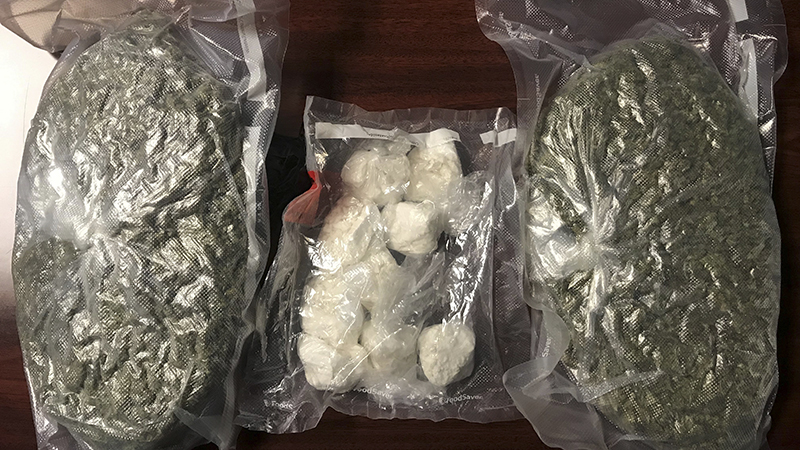 Approximately two pounds of marijuana and nine ounces of cocaine was discovered during a traffic stop Wednesday morning, according to a press release from the Troup County Sheriff’s Office.

After stopping the 2014 Ford Taurus on I-85 southbound, Nathan learned that Brandon had a suspended driver’s license.

Brandon was arrested without incident and charged with trafficking cocaine, possession of marijuana with intent to distribute, driving while license suspended and failure to maintain lane.

No other information has been released.