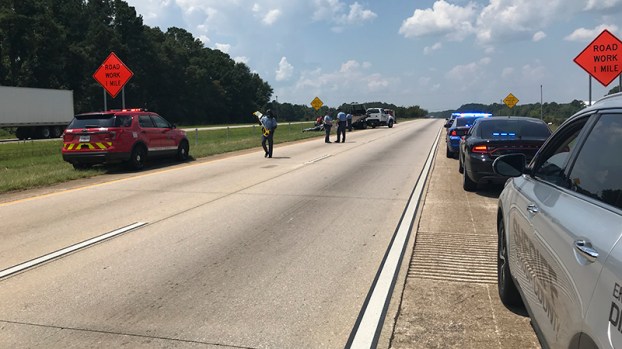 Motorcyclist injured on I-85

A woman was seriously injured after crashing her motorcycle into the back of a Ford Escape Thursday afternoon on Interstate 85.

According to Sgt. Doug Martin with the Georgia State Patrol, the 52-year-old woman could not stop the motorcycle and slid into the back of the Escape. The accident occurred around 12:20 p.m. on Wednesday.

“Traffic had slowed in the construction area on I-85 south bound, and she couldn’t get stopped in time,” Martin said. “She dropped and laid down the bike and slid into the back of the Ford Escape.”

The Kentucky woman, who was not identified, was taken to WellStar West Georgia and will be flown to the nearest trauma center, Martin said.

Damage was caused to the rear end and left tire of the other vehicle, but no one else was injured.

The accident remains under investigation.