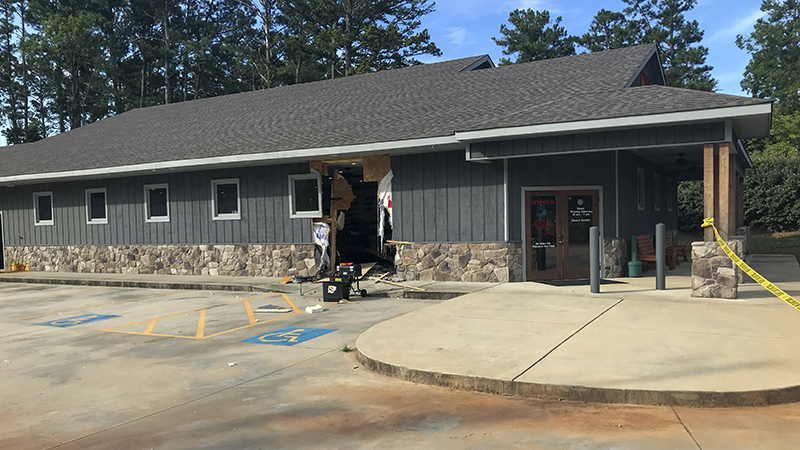 The Troup County Sheriff’s Office is currently looking for leads on a group who reportedly used a stolen truck to break into and rob a local business.

On Wednesday at 5:05 a.m., deputies with the TCSO responded to a burglar alarm activation at FMJ Armory on West Point Road, according to a press release from TCSO. Upon arrival, deputies reportedly discovered a large hole in the side of the building where it appeared a vehicle had rammed through the wall. After entering the building, deputies determined that a burglary had occurred.

According to TCSO, during the investigation, investigators were notified of a stolen vehicle report within the City of LaGrange. The vehicle was reportedly recovered on Avery Drive, a short distance from the burglary location, and according to TCSO, it was determined by evidence on the scene that the stolen truck had been used to gain entry into FMJ Armory.

According to the press release, TCSO believes that an unknown group of individuals entered the building after they drove the truck through the location and began smashing cases. The group took an undetermined number of handguns and rifles and reportedly fled the scene in the stolen truck. The suspects are believed to have then fled the area in another vehicle or vehicles.

According to Sgt. Stewart Smith, the suspects are expected to face multiple felony charges.