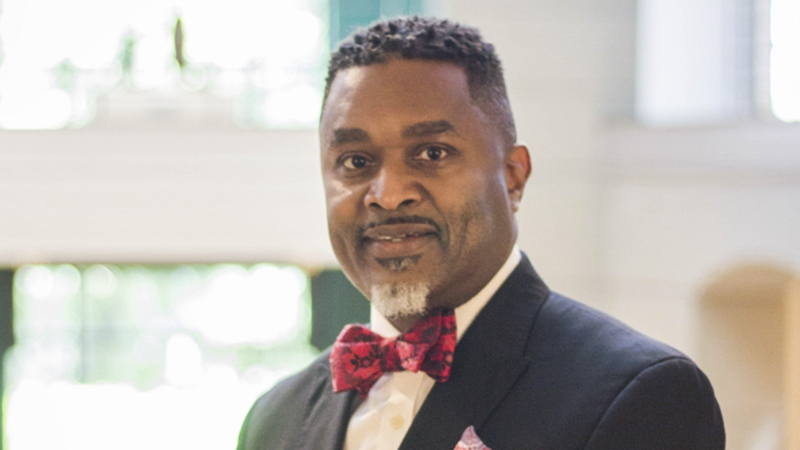 A new CEO will take the reins of THINC College and Career Academy at the end of September after the board of directors officially approved his hiring on Friday.

Gerald Wyatt was announced the new CEO after a lengthy interview process.

“I am bouncing off the walls with excitement and the world is whirling,” Wyatt said. “It is a big change for me, and I’m so excited.”

Wyatt currently works as the senior human resources manager of Mando, but he said he will leave the role and officially step into the CEO position on Sept. 23.

Additionally, he has also served on the THINC board for several years.

“When this opportunity opened up when Dr. [Kathy] Carlisle announced her retirement, I initially had some thoughts about it, but didn’t pursue it initially,” Wyatt said. “[At one point,] we thought we might have had a candidate to move forward with, but it didn’t work out and opened the job back up.”

Wyatt said after the job opened up again, he felt like it was a sign to put his name in the mix.

“I interviewed with several people, including the board, Dr. [Brian] Schumate, Dr. [Scott] Rule and then even some of the faculty over a two-day period,” Wyatt said. “At the end of that process, I was then called and offered the role.”

Stepping into the new position, Wyatt has three specific goals he wants to achieve.

“I want to expand our brand,” Wyatt said. “I am amazed by the number of people locally and abroad who don’t know what THINC is. Being an insider, it is shocking.”

Wyatt will work to broaden the brand and brand awareness to help the community and people abroad to understand what THINC does, what it is and how it effects the economy.

This will further his second goal, which will be for THINC to be used as a template.

“I believe we have a good thing going,” Wyatt said. “I want to help create a canned approach of the structure and infrastructure of THINC, then share that with counties and other areas around the state.”

The last goal Wyatt has is to create a metric to properly assess how successful THINC is doing.

“I want to be able to effectively communicate that to corporations and other businesses, so that they can become partners of what we are doing,” Wyatt said.

Wyatt said he is ready to learn everything he can from Carlisle before she retires in November.