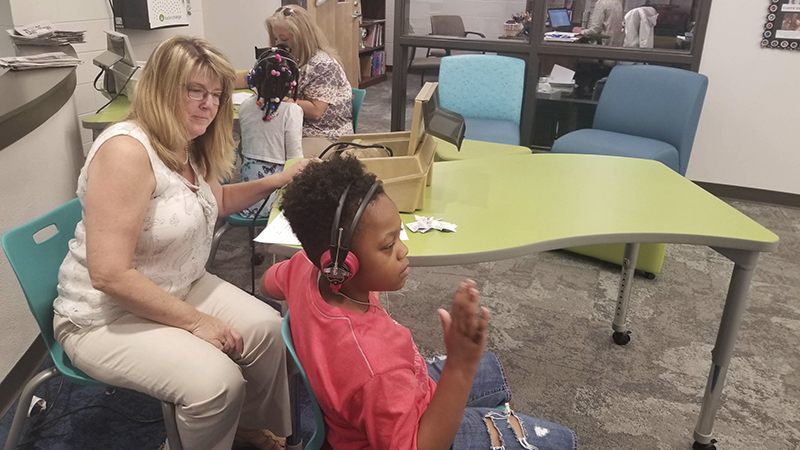 LaGrange’s Lions Club volunteers were packed into media centers and multipurpose rooms in Troup County School System elementary schools for a good cause — they were providing free vision and hearing screenings for close to 1,570 second and fifth grade students, according to a press release from TCSS.

In 2018, 8 percent of second graders failed the screenings. This year, the group hopes to see that number lowered. According to the organization, 80 percent of all visual impairment can be prevented or cured. The first step to prevention is awareness and the second step is early detection through screenings.

This year, it was important to the Lions Club to add fifth grade students so they could reach more eyes and ears.

TCSS Health Services’ representatives said the coordination and volunteers for the free services were a boost for the school system and the department.

“With my current staff, it would be almost impossible to perform such a large, organized screening process,” said Christy Mason, health services coordinator for TCSS. “We are thankful for the partnership with the Lions Club and the dedicated volunteers who stepped in to assist with the screenings.”

Lions Club volunteers said it’s important to screen children at an early age to catch any possible problems. If a child does not see or hear well, it impacts their ability to learn in the classroom.

After results are completed, parents will be notified of any vision or hearing issue that may have been noted during the screenings, so they can follow up with their family physicians.