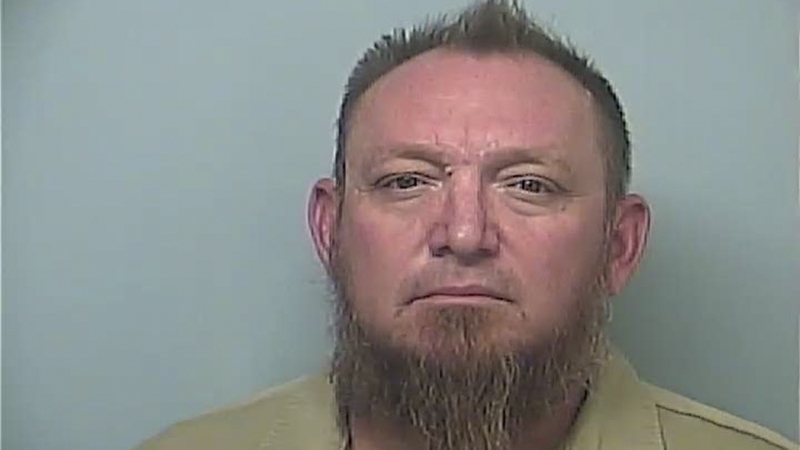 A LaGrange resident has been arrested on charges of manufacturing marijuana and his wife, a longtime Troup County employee, has resigned.

LaGrange resident Rick McCormick, 45, was arrested October Oct. 3 on charges of manufacturing marijuana after a search of his property located at 77 Thomas Road, according to a press release from the Troup County Sheriff’s Office. Investigators met the complainant behind the residence, where they smelled a strong marijuana odor and spotted an enclosed area covered by camouflage netting.  From that vantage point, according to the TCSO incident report, one mature marijuana plant could be seen.

A search warrant was executed and another plant was found upstairs inside the home, in what the report described as “a makeshift drying room.”

The report said that marijuana smoking devices were also found inside the house, owned by Rick and Nancy McCormick. When questioned by the Narcotics Unit, Rick McCormick, 45, said the plants were his, and he was charged, according to Sheriff James Woodruff.  The sheriff said McCormick had a court hearing Monday, October Oct. 7 and a $10,000 bond was set. As of Monday afternoon, Rick McCormick was in Troup County Jail.

Nancy McCormick, Rick’s wife, was the office manager for the Troup County Sheriff’s Office, but resigned her position Oct. 3 in response the incident.

Nancy McCormick had worked for the county in at least two different capacities, for a total of 22 years, according to the Troup County Sheriff’s office.  Her most recent hire was in October 2013, according to Troup County Citizen Engagement Specialist Rachel Camp.