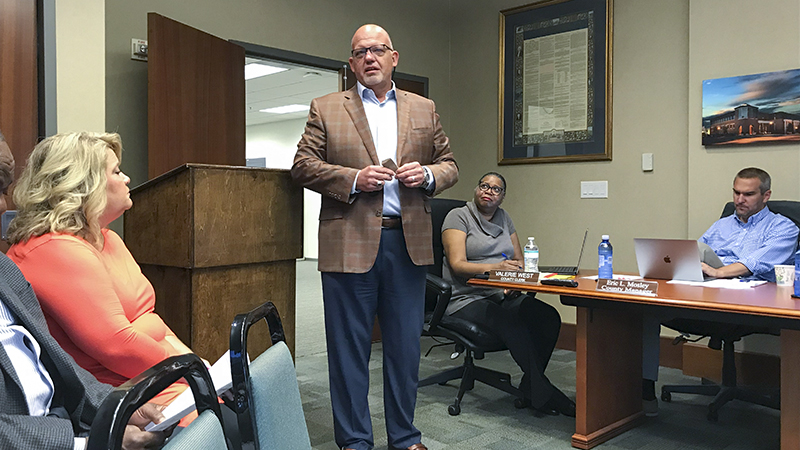 Anyone who has met with Troup County School System Superintendent Brian Shumate in these first few months of his tenure would likely have recognized parts of his speech to the Troup County Board of Commissioners on Thursday. At the meeting, Shumate shared his vision for how the school system should operate, areas of focus and football metaphors, but he also updated the Troup County Board of Commissioners on the status of a concern that has been raised by the citizens that both serve — school taxes.

While the Troup County Board of Commissioners has no real say in the millage rate the school system charges, Shumate said he felt it was important for the commissioners to know that the concern is being taken seriously.

“Well, let me go ahead and address the elephant in the room that the senior citizens’ tax thing is going on,” Shumate said. “There’s obviously a lot of organized support. They’ve made their voices heard as have other people who don’t necessarily agree. That’s why we live in this country where people can have a voice, and that’s good.”

Shumate discussed some of the financial considerations that the school system is working to address.

“If we take a hit from senior citizens — which could be anywhere from $2 to $5 million depending on how you count it — [it would impact the budget],” Shumate said. “We have enlisted our auditors to research, and we’ve already got a lot of data. The problem is [Troup County Tax Commissioner] Shane Frailey can’t tell us [what the impact will be]. All he knows is property addresses and values and the name. We don’t know how much income those people have. You can overlay census data on top of that, start to do some projections, but it’s not a clean estimate.”

Shumate said that if the school system were to move to a 100 percent tax break for all citizens over 65-years-old, the total difference would likely be around $5 million. Meanwhile, he said that a tiered system, income-based or property value based waiver, the difference is estimated to be between $1.5 and $3 million.

However, that difference could end up coming out of the pockets of citizens not eligible for the tax break.

Commissioner Ellis Cadenhead asked how the school system would cover the shortfall if the request from local senior citizens is met, and Shumate said that because Troup County has an aging population the increase to a millage rate for non-seniors would likely only make up for about $1.5 million. Schumate said eighty-six percent of the school system’s budget goes to personnel and staff.

“The board is hearing you,” Shumate said.

“Please trust that they are hearing both sides, and they want to be thoughtful about how they approach it. So, I’m kind of letting the board look at this one. I just need to know how much money I’ve got. If I had to cut $3 or $4 million out of the budget, we’re going to be talking about raising class sizes. Of course, the central office, I need to go there first, but you are still going to have to go out into the schools.”

Shumate also noted the budgetary concerns by governing bodies on what would happen if there is another economic recession or state funding promises are withdrawn.

“The state contribution to the Troup County School District was 56.5 percent about seven years ago,” Shumate said. “Now it’s down to 53 [percent], so local taxes are making up more of the overall budget than ever.”

While the Troup County Board of Commissioners did not voice an opinion one way or another on the school tax debate, Crews did voice a desire to see local leaders continue to support Troup County schools.

“There’s been a lot of conversation the last couple years in our community about education, and it’s our education system,” Crews said. “Every one of us in this room has a sphere of influence — people that we talk to on a daily basis … Listen, there’s progress that is going to be made. We’ve just got to support the school system.”

During the meeting, Shumate also noted positive TCSS statistics, including:

4The TCSS’s CCRPI score rose from 66.1 in 2018 to 70.5 in 2019 — closing the gap toward the state average of 75.9. Shumate said that he believes efforts currently being made will result in Troup County schools ranking within the upper third for CCRPI scores among comparable school systems within three to five years.

4The TCSS is no longer a net exporter of students, with some students now traveling from Heard and Harris County to Troup County for school. 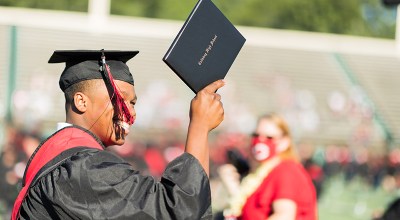