A LaGrange man is currently wanted in connection to a shooting on the 800 block of Murphy Avenue that left a man hospitalized.

Around 7:40 p.m. on Thursday, officers with the LaGrange Police Department responded to reports of a man who had been shot multiple times, who was at WellStar West Georgia Medical Center in LaGrange. According to a press release from the LPD, officers met with the victim, who reportedly told them he had been shot near Dallis Street and drove himself to the hospital.

According to the press release, an investigation revealed that Randall McRae, 34, had shot the victim two times from a vehicle on Murphy Ave. 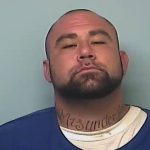 The victim was sent to another area hospital for further treatment.

An arrest warrant was taken out for McRae on charges of aggravated assault.