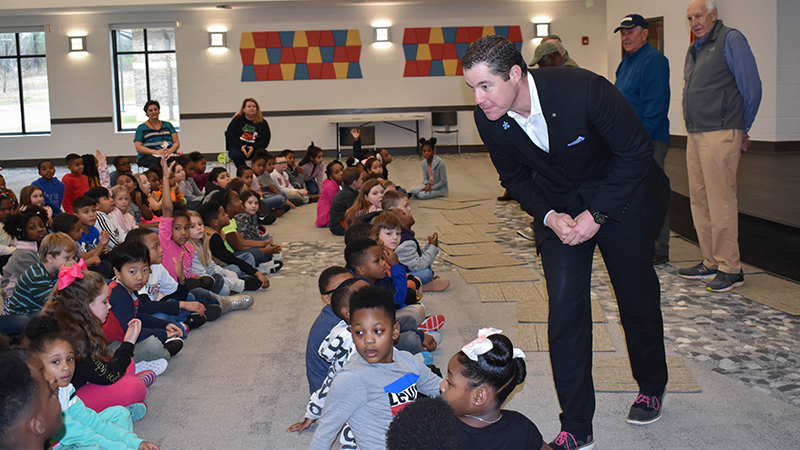 Second grade students in the Troup County School System have a new incentive to improve their reading— the possibility of a day at Great Wolf Lodge.

The announcement was made Tuesday to the second graders at Clearview Elementary, home of the Wolves.

The idea started with Dale Jackson, who serves as president of the LaGrange Kiwanis Club. Through his company, Jackson Services, and with support from Kiwanis, Jackson supplied small gifts for kids who reached reading goals in a couple of elementary schools. The Kiwanis saw improvement in the kids’ reading, so Jackson wondered what else they could offer the kids.

“We want to make a big splash and reach the parents,” Jackson said. “I’m hoping parents will latch onto this idea and help expand their kids’ reading abilities.”

To do that, Jackson asked Great Wolf Lodge to be a partner.

“We were approached by Dale Jackson about this initiative to take something small and turn it into something big, to have us partner with them,” said Great Wolf Assistant General Manager Allen Headley.

“It was a yes from us immediately. We’re so excited to offer the kids a day at Great Wolf for improving their reading scores. It is a great opportunity for both of us.”

Principal Debra Brock said she was pleased with the collaboration.

“This is one more motivator to help them focus on reading. It’s always been a focus on the school level, and it makes a difference when we have the community supporting those initiatives,” Brock said. “It’s a motivation to the students to be recognized not just at school but out in the community for their reading growth.”

Local Kiwanis members were also on hand for the announcement. Brock said Kiwanis already goes to the school monthly for a program called Terrific Kids, which instills and rewards good character.

“The kids are recognized for meeting monthly goals toward being a well-rounded kid,” she said.

“It ties into our school-wide expectations.”

Second-grader Kimberlyn Toolsie said she is going to Great Wolf for Christmas and said the possibility of going with her class would be amazing.

“I think we’re going to have fun,” she said. “I’ll be with my friends and just hang out, walking around.”

Henry Hood said the Great Wolf reward sounded “awesome.” He said he has been before and would like to go again.

Jackson said local teachers will decide this week the percentage of improvement which students will need in order to qualify for the Great Wolf reward. 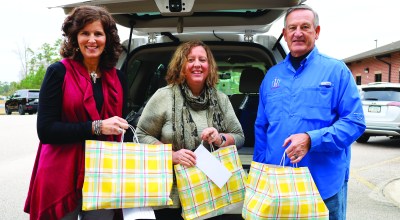 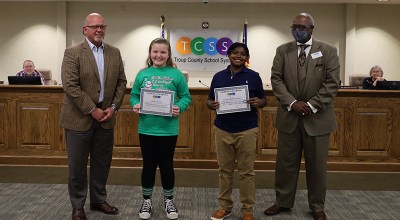 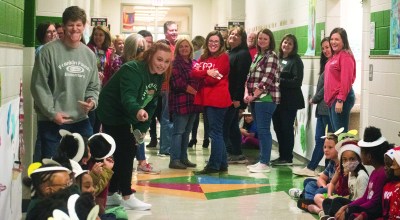