LaGrange man sentenced to life after January 2019 shooting in Newnan 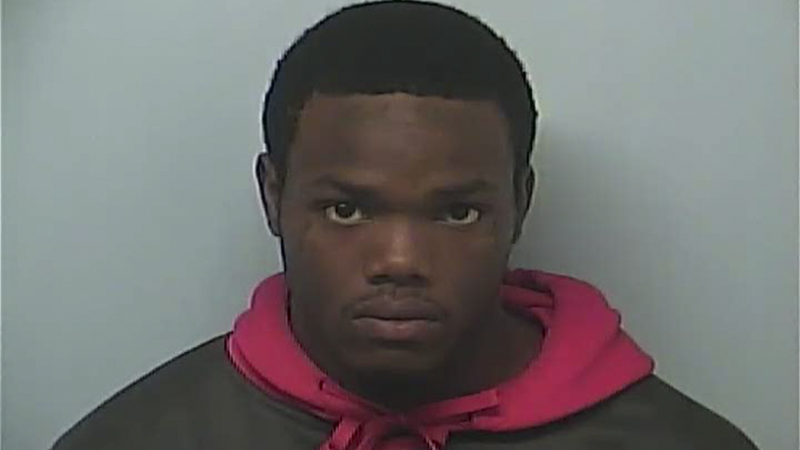 A LaGrange man was sentenced to life in prison with the possibility of parole after he pleaded guilty to one count of felony murder.

According to a news release from Coweta Judicial Circuit District Attorney Herb Cranford, Marquaveous Harris, 20, also pleaded guilty to one count of armed robbery, one count of aggravated assault with a deadly weapon and one violation of the Georgia Street Gang Terrorism and Prevention Act.

In a news release from Cranford, he said the charges arose out of an incident during the early morning hours of Jan. 20, 2019, at an apartment complex on Parkway North in Newnan.

The investigation revealed that Harris, along with Malenko Cooley, 18, traveled to Newnan to rob a resident of the apartment complex of his firearm at gunpoint. Harris and Cooley made their way into the apartment under false pretenses.

Once in the apartment, a fight broke out between Cooley and the intended victim when Harris shot at least six times.

The intended victim suffered four gunshot wounds but survived. Harris shot Cooley once in the back, which resulted in his death at some point between leaving the apartment immediately after the shooting and the early morning hours of Jan. 22, 2019, when LaGrange Police Department officers found him deceased in the backseat of his vehicle, abandoned on Spring Street in LaGrange.

Investigators were able to determine Harris and Cooley traveled to and from the shooting in that same vehicle. Harris was taken into custody later on Jan. 22. The investigation further revealed Harris was a member of the Nine Trey Gangster Bloods criminal street gang and the offenses were motivated by the gang’s activities.

“Although the deceased in this case became a victim during his own commission of a felony, his death deserved justice,” Cranford said in the news release. “This case is yet another ultimately tragic example of the two most likely outcomes of participating in criminal street gang activity — incarceration or death.

“While the long-term solution to the criminal street gang problem continues to be educating and intervening with the youth of our community, the district attorney’s office will continue to aggressively prosecute gang crime and will pursue substantial prison sentences for gang members who commit violent crimes in our community.”