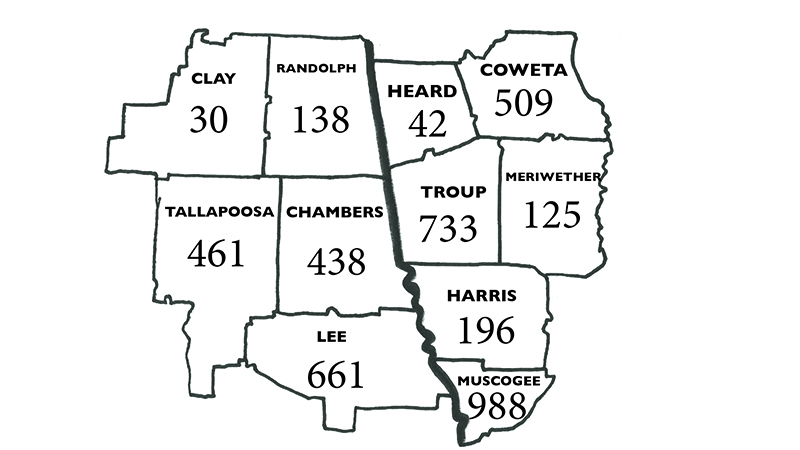 Troup County saw its number of COVID-19 cases climb 32 cases on Saturday, and another death was recorded in the county, according to the Georgia Department of Public Health.

Here is the information known on the deaths in Troup County, according to GDPH:

There have been two known outbreaks in Troup County. One is at LaGrange Nursing and Rehab and the other at the Troup County Jail.

According to GDPH’s long-term facility report, which was updated Friday, there are 62 resident cases at LaGrange Nursing and Rebab. Twenty-two staff members have also had COVID-19, according to the report.

The New York Times, which has an extensive nationwide tracking website for COVID-19, has identified LaGrange as one of the nation’s hotspots for new cases.

The newspaper also lists LaGrange as having the tenth fastest daily growth rate for new cases. LaGrange cases are doubling every 11.7 days, according to the NYT.

LaGrange identified as one of nation’s hotspots for COVID-19…