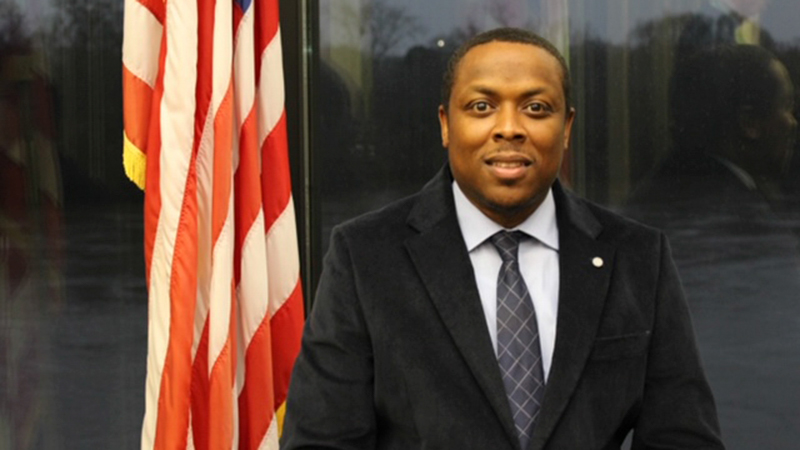 From a young age, growing up in the housing authority of West Point, Henry Hutchinson knew he wanted to help the community.

Hutchinson came from humble beginnings — his mother was a single parent of three.

When Hutchinson was a young child under the age of five, his mother suffered kidney failure and was unable to work, supporting her children with her social security benefits.

Hutchinson had his first child at the age of 18 and now has five children — three girls and two boys.

In 2013, Hutchinson and some friends started a group called Frugal Men of West Point.

“We wanted to give kids something to look at in a positive manner,” he said of the group.

The group would raise money to help support local charities and local people in need by hosting fundraisers and even dip into their own pockets to help.

He was invited to serve on the United Way Board of Directors.

“Seeing the impact they make on the community, I knew that was something I wanted to do long-term,” he said.

While working for Mobis, in 2017, he was part of a leadership group that he credits with helping him take a step forward into politics.

Although at the time, he was not really thinking about politics.

Putting his faith in God, he made the leap. He ran and was elected as the youngest member of the current West Point City Council.

In three years, Hutchinson has taken every advantage to learn and was selected to the Georgia Municipal Association.

Where Hutchinson finds his peace is on the football field where he has coached youth football for 12 years.

“My goal is to make an impact on each and every last one of them,” Hutchinson said.“I just want to see my community as a whole grow and prosper.”