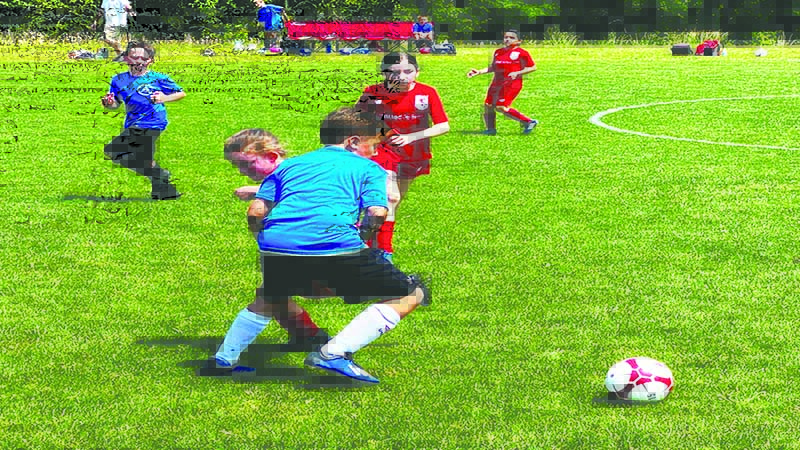 A new soccer club is making waves in LaGrange. Out of a merger between the AFC Lightning Soccer Club and the NGSA Legends comes North Georgia Soccer Academy (NGSA) LaGrange.

Local Club Director, Patrick Potts said when he met NSGA founder Kerem Daser, the two talked about how to build a program from the ground up and building a foundation that is focused on community.

“As we decided to stand up our program over here, the biggest priorities that I established which is pretty much similar to what Dalton or I should say Whitfield county is doing is, first and foremost focus on our community,” Potts said. “We have ties with Callaway High School, ties with LaGrange High School and ties with Troup High School.”

The club has a mixture of both boys and girls teams with close to 150 players, with ages ranging from U18 and U8 making up 11 teams. Potts says the expectations starting out was around 70 or 80 players and they have been able to nearly double.

“I think the biggest difference for us is that we went out there and reached across the community and also showed the community that we want to do this big, but with quality,” Potts told the LaGrange Daily News.

When asked why the club decided to form in LaGrange, Potts said, “I think there’s a couple of things that we have that is very unique. For one, the size is, in my opinion, just perfect. You have more than one high school, you have everything within the town. We are centrally located, it can get no better and the community itself as very strong and sports-oriented. I really have to say, the community is of the greatest support here. And I have just seen so much potential here.”

NGSA practices at various locations throughout the county and will play their games at Callaway High School or the soccer complex. Potts hopes to be able to use Callaway Stadium for games and the many special events they have planned.

“I want to talk to the city and see if we can use Callaway [Stadium] for a couple of games as well as Callaway stadium to make maybe a special event,” Potts said. The club will utilize Dunson Field, located on Hogansville Road as their home field.

Building a relationship with the schools and the Troup County Parks and Recreation Department is something Potts says he wants to cultivate with the goal of helping younger players develop and ultimately building strong, competitive high school soccer programs as well as assisting the schools and parks and recreation department in any way possible.

“What I would like to do is go out and meet all their coaches, you go out there and be like ‘hey, look, this is a good way on how you can develop your players you know how to become better.’ It’s a good way on how to approach your season, how to teach them a couple of things and just give them a couple points of guidance,” said Potts. “I have the highest respect for anybody steps on the sideline and takes on that responsibility to teach and coach those kids.”

To their end, Potts said the parks and recreation department has been easy to work with and is appreciative of them.

The club recently held a 3v3 tournament that hosted 24 teams from LaGrange, Atlanta, Opelika/Auburn and Columbus.

“I was happy that we had over 20 [teams]. And my expectations were not just participation of the teams but also the impact on a community,” Potts said.

NGSA is under the umbrella of Southern Soccer Academy (SSA) which is a gateway to participate in the newly formed Southeastern Clubs Champions League (SCCL) as well as MLS Next. From the start of NGSA LaGrange, there are five players that have been selected to play in MLS Next.

MLS Next is the highest youth soccer league in the United States, organized and controlled by Major League Soccer (MLS). The league was created in 2020 to create a more regional program after the development academy folded due to the financial impacts of COVID-19.

One of the many challenges with club soccer is funding and Potts hopes to gain support from the community in the form of sponsorships. Whether it be club sponsorship or player sponsorship, Potts says this will help the club to participate in more events and take the financial burden off the families of the players.

“If I find sponsors that help us to get out of the gate right now, that would be amazing, because that means I can get more players, providing affordability, “Potts said. “We have players in this community right now that have to take a scholarship because their household income is not high enough.”

The next season for NGSA begins in mid-August. On July 31, the club will also host a college ID camp and a young Lions camp.