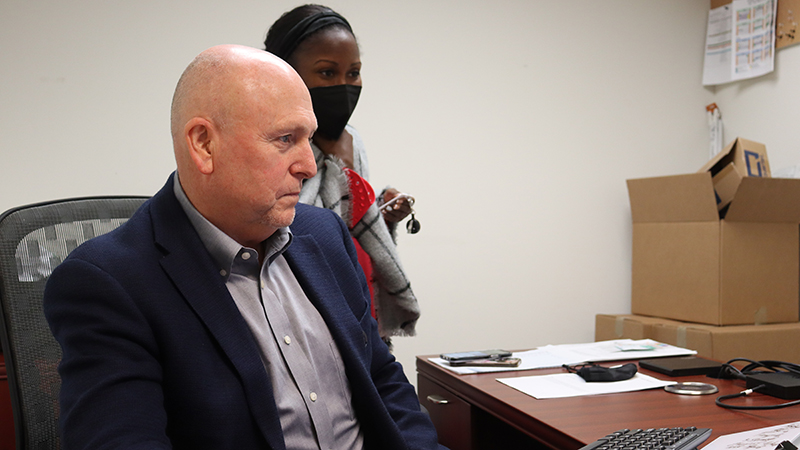 Anyone in the Troup County School System’s Administrative Service Center Monday afternoon received notification of a drill regarding the implementation of the Centegix badges.

“We’re excited that we have the system up and running. It’s going to be a great tool for us in our school system,” he said. “Our people are going to feel much more secure and safe that way.”

Heaton said that the badges are designed to allow quicker responses when there is an incident in schools.

“[It] could be something as simple as a disturbance in a classroom or something as major as an active threat in the schools, which is what we’re most worried about,” Healton said.

Heaton said a real-world example Monday showed how the badges could be useful — an abandoned house caught fire near Hillcrest Elementary School.

“If one of the schools has to evacuate, say Hillcrest with the fire business. Suppose we had to evacuate that school because of smoke or something that was going to be a hazardous to that school. They could evacuate their school [with] this [badge],” he said.

As it turned out, the fire was not dangerous to the school.

Heaton said the design of the badge is simple and has two main functions. The first is for minor emergencies. 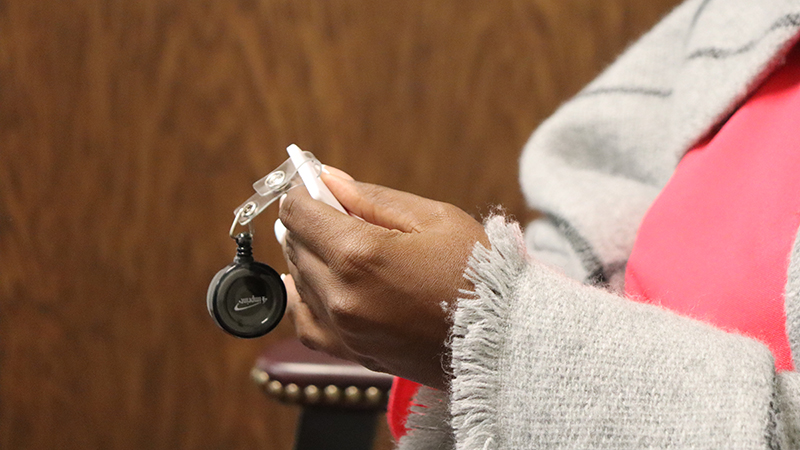 Above, Irisha Goodman tests the buttons for the new badges in the school system. (Photo/Iris Hersey)

“It’s a simple badge, it’s pretty plain. Each of the employees who work in a building wear this. It works off a very simple process of: you push it three times,” he said. “It vibrates if you have a minor emergency, like a fight, a medical emergency, a disturbance, or you need assistance in your classroom.”

He said the second function is for more severe cases and requires the faculty to press the button more times.

“The second thing it does is that if you push it eight or more times, then it sends the school into what they call a possible lockdown,” he said. “That initiates a notification to our administrators. We call the administrative response team, who will then verify that we have a problem in the school.”

Heaton said it eliminates confusion during times of crisis as faculty and staff are not worried about radios or telephones.

Heaton said it is important that everyone wear their badges and have access to it at all times.

“They have to wear their badge. That means it has to be on their person,” he said. “Don’t leave it laying on your desk. Don’t put it in your drawer, it has to be on you. It doesn’t do any good to have a badge sitting inside your drawer when you have an emergency.”

He said this new device, ultimately, should simplify a lot of the security issues for the school system.

“Having the ability to be able to do this and simplify [it], makes it much, much better. For our staff, it gives them a sense of security because they know that they’re going to get help right away,” he said. “There’s not a procedure for them to do other than pushing buttons.” 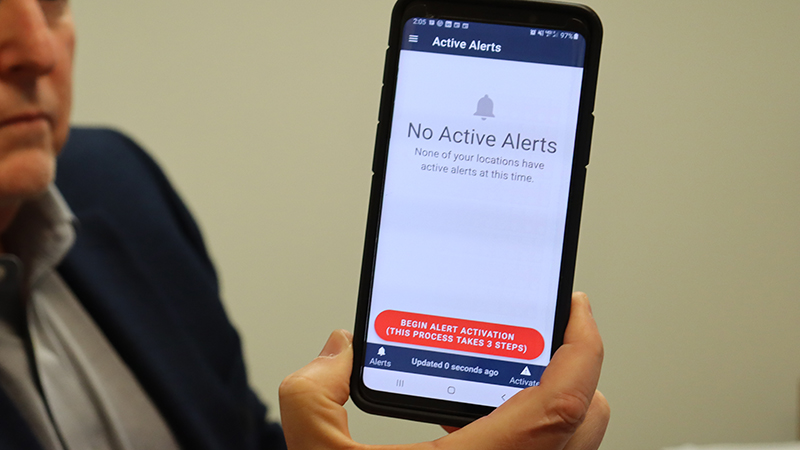 Heaton showed no current threats at the time of the drill around 2 p.m. (Photo/Iris Hersey)