Man gets life sentence for 2016 murder 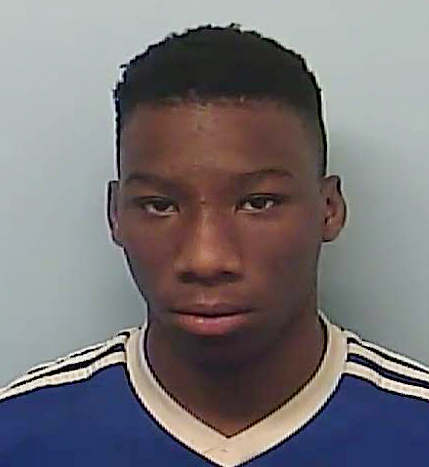 Jerry Carston was found guilty of murder Thursday, Aug. 24 at Troup County Superior Court, according to assistant district attorney James Powers. The court sentenced him to life plus 45 years for a shooting that occurred in 2016.

Carston, 16, was charged as an adult for shooting Quentin Williams on North Cary Street in July 2016, Powers said.

“He was shot one time in the face and four times into the abdomen at 53 North Cary Street,” Powers said. “He was walking down the sidewalk. The police department responded, and they worked the case.”

Powers said Carston was in the Bishop Bloods gang and helped initiate Williams in the group in April 2016.

“We put evidence up at trial that showed that he was beat into Jerry Carston’s gang, the Bishop Bloods in April of 2016,” Powers said. “A beat-in is an initiation ceremony, we were able to find that actual video and connect it to the date of April 18th, when he was allowed to join the gang and he became ‘Bishop Ovadose.’”

Powers said Williams was shot because he left the gang. Cartson told his girlfriend, Miracle Ramsey, and another witness that the gang was not making people leave, but were killing them, according to Powers.

Powers said cellphone and Facebook records were used in the case that showed Carston telling Ramsey that he was planning to kill Williams. Ramsey was also charged as an adult for murder and participation in criminal street gangs, according to a 2016 LaGrange Daily News story.

Carston and Ramsey were driven to the Wood Glen Apartment complex on July 24, Powers said.

“The defendant got out at the parking lot of the first apartment complex and ran between the buildings back to where they had seen Quentin Williams walking in the road,” said Powers. “He then proceeded to do the shooting and ran up the street where the car came back for him at the top of North Cary Street at Hogansville Road.”

The driver of the vehicle went to the police department the next day to tell them what happened. He did not know he was taking part the crime, according to Powers.

“The next day, [the driver] came in to the police department and told them that he had driven the person that did the shooting to the location and driven him back from the location,” he said. “He submitted and passed the polygraph. He didn’t know he was helping.”

Police found Carston running into the car from videos from the Collision Auto Craft, Williams Automotive and the PCA store cameras, he said.

“In the video, it was somewhat clear that the person running up the street was wearing a long sleeve black shirt that had something white on the front of it, a big block of white on the front of it and a big block of white on the elbow,” Powers said. “When they placed Carston under arrest, they also had a search warrant on his home. Inside the washing machine unwashed was a shirt that was clear to the detectives was the shirt that was worn by the subject running. Sure enough, they sent it to the crime lab and it had three particles of gunshot residue on the shirt, which is a substantial amount.”

The trial started with jury selection on Monday. The 12-person jury, made up of seven women and five men, took 46 minutes to decide the verdict, he said.

“The judge described the crime as an execution style murder and sentenced him to life plus 45 years,” he said.

A call to Carston’s attorney, Ken Gordon, was not returned on Friday afternoon, Aug, 25.

LaGrange police department Sgt. Mark Cavender said the verdict was a positive thing for the city and law enforcement.

“This is definitely a victory for the LaGrange Police Department, the city of LaGrange and the Troup County district attorney’s office, to do our part and ensure that a person with violent tendencies as this is no longer in the streets and involved in criminal street gangs,” Cavender said.