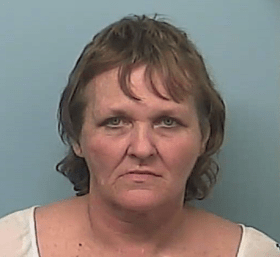 Susan Denise Hand is wanted by the Troup County Sheriff’s Office for escape after failing to turn herself in after being sentenced in court last week, according to the office’s Facebook post. According to Sgt. Stewart Smith, Hand was sentenced for felony shoplifting. Anyone who knows her whereabouts can call the sheriff’s office at (706) 883-1616 or Crime Stoppers at (706) 812-100.

Jennifer Lambert was arrested for allegedly shoplifting more than $300 worth of items from the Dry Fall Outfitters store at the LaGrange Mall Friday. According to the police report, an officer stopped Lambert as she was in the area of Kenwood Drive and Junewood Drive. The stolen items found include six shirts valued at $208 total and two 24 ounce tumblers valued at $29.95 each, totaling $311.90. According to the police report, the office found other items believed to be stolen from other stores. Those items include two Patagonia jackets each valued at $119, a North Face jacket valued at $99, Celebrity Pink jeans valued at $40, a Derek Heart romper valued at $32, Hip shorts valued at $18.49, two pairs of Crown & Ivy pants, one valued at $59.50 and the other at $65.50, and a pair of Very Volatile boots. Lambert was then arrested.

A man was allegedly robbed of $450 outside the Food Mart on Whitesville Road Friday afternoon. The man told police he was sitting in his vehicle when Donquavious Henderson approached him and asked him to come talk to him at the south side of the building. When the man was asked to give Henderson a dollar, he pulled out his wallet and the other man grabbed his wrist and took $450 from him.

According to the police report, while police were talking to the man and his girlfriend, an officer suspected the two were in the area to make a drug transaction.

After getting consent to search the woman’s vehicle, police found two brown cigars with a substance believed to be marijuana in them and a multicolored glass smoking device. Neither of them took ownership of the items and officers chose not to prosecute them due to the investigation of the robbery.

Henderson was found and arrested at the 700 block of Lincoln Street Saturday night.

Donald Pruitt was arrested for allegedly violating Georgia’s Controlled Substance Act for methamphetamine possession Sunday. According to the police report, officers were called to the Big Lots on Commerce Avenue in reference to a dispute.

When police arrived, Pruitt had already run into the woods. When an officer found the man, he also found a prescription bottle at his feet with Pruitt’s name on it. According to the police report, officers then determined that there were no pills in the bottle and that it contained a crystalized substance of suspected methamphetamine. Pruitt was then arrested.