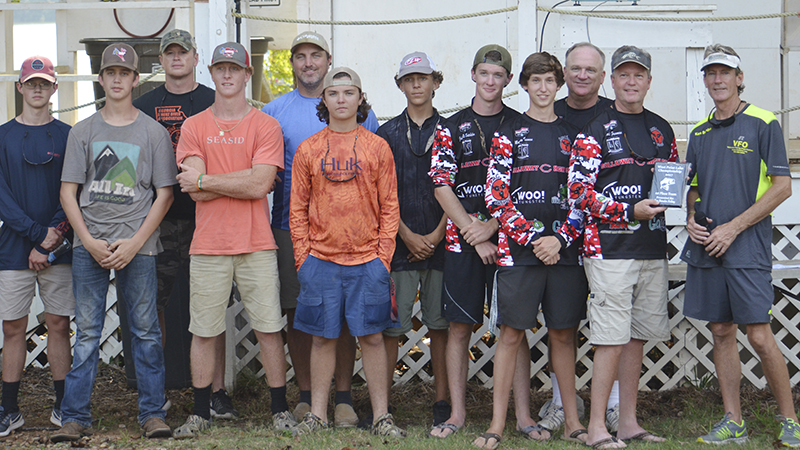 The top 10 finishers in Saturday’s High School Bass Fishing Championship pose for a photo. The tournament was held at Highland Marina on West Point Lake. --Contributed

The annual High School Bass Fishing Championship was held this weekend on West Point Lake at Highland Marina. Callaway High School won the school competition, and Matthew Freemon, a student of Callaway, won the overall tournament. Event organizer Ken Bearden said the event is not associated with school tournaments in the state, but was created to promote the sport.

“If they are new to it, this is a good way for them to see how everything operates without any money or points involved,” he said.

Bearden said the tournament added an overall high school category for the most weight, but it was mostly individual work.

“This one is a championship, so its everybody against everybody. Two of them can fish in a boat, but they have to keep their fish separate throughout the day,” he said.