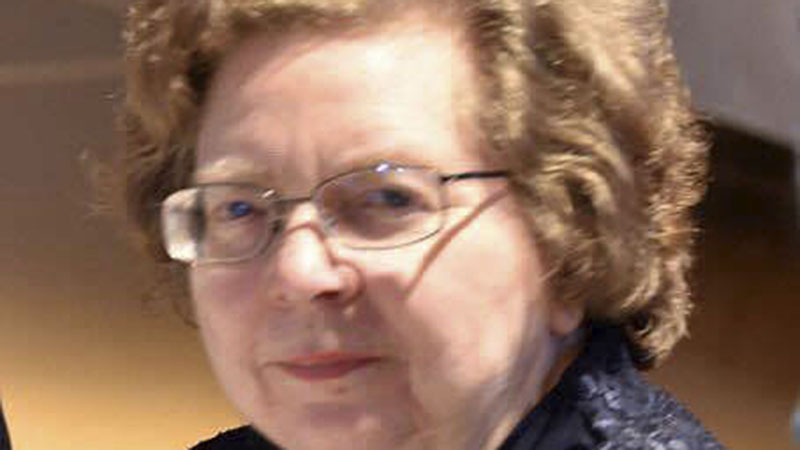 The family of Carol Evans is hopeful that she is alive and is asking anyone with information to call the police if they know where she might be. Bill Evans, Carol’s husband, said the Troup County Sheriff’s Office has been professional throughout the search and has kept the family up to date with the latest information.

“We’ve been getting by the best we can. [The TCSO] are a very professional competent group. We have been impressed with their work. We still are holding on to hope to find her alive,” Bill said. “They’ve searched all around here and in these woods and everything with dogs and they have not found a thing, but we have not given up hope that somebody’s going to find her alive.”

Carol, 75, went missing Friday afternoon around 2 p.m. while Bill was cutting grass. Bill said he realized she was missing when he came back to their house.

“I had been gone about an hour. I have a tractor that I keep over in [another] building, and it’s got a regular garage door on it where the light [will turn] on when you open and close the door. I left the door open. It also comes on if someone goes in there. When I got back from across the road with the tractor, the light was already on,” Bill said. “I didn’t think anything about it. I thought it was a dog or something that had walked in there.”

Bill said he thought his wife was looking for him when he realized the house was empty. He then went into the woods behind his house to look for her.

“I got a bunch of trails up through there, and after about 15 or 20 minutes, I decided I needed to get some professional help, so that’s when I called 911,” he said.

The TCSO has been looking for Carol ever since.

“She was forgetting things. She also had trouble reacting to things that normally she wouldn’t have any problems with,” Bill said. “That Alzheimer’s is a bad situation. She was dealing with it the best she could.”

After says of searching with no leads, the TCSO may have received one Friday. A suspicious vehicle was reported to have been at Lower Lovelace Road between 2 p.m. and 2:45 p.m. Friday, around the same time Carol Evans disappeared from her home, according to a TCSO Facebook post. Investigators from the TCSO received information from a neighbor Wednesday that the vehicle is a two-door rust brown Cutlass with plain rims and a loud muffler.

The driver was described as an African American male. The neighbor told the investigators that the car turned left onto Lower Lovelace Road and drove at a high rate of speed before running the stop sign and turning onto Shoemaker Road. The neighbor said they had not seen the vehicle before. Sgt. Stewart Smith with the TCSO said this information does not change the investigation, but that the office wanted to share it. Smith said the new information does not mean that Evans was taken by the car’s driver.

“It doesn’t change any scope of it or anything like that. It’s still listed as a missing person case, so we’re just sharing this information. Just the fact that this vehicle was seen on the road at about or around the time she went missing,” Smith said. “Nobody is saying that the car or the driver took her or anything like that. This is just some information we felt we needed to share.”

Smith said it’s always been possible Evans was picked up by someone.

“Right now, we’ve not been able to find her in the general search area that we believe she would have walked to, and like we said initially either on Saturday or Sunday, it was never out of the case or never out of the realm of possibilities that somebody picked her up not criminally, just that she flagged somebody down or somebody stopped for assistance, and she told them that she needed a ride,” he said. “That’s always been in the picture, and we’ve shared that early on in this investigation.”

Smith said the search for Carol has been about half a mile to a mile from her house.

“Our radius was from the house about a half a mile to a mile radius from the house. Then on Sunday we went back to the house and made an even tighter 200-yard radius and just searched really heavily again,” he said.

Smith said searching for Carol has been frustrating for investigators.

“It’s very frustrating because we want closure just like the family does. We want to know where she’s at,” he said. “Through this time, we’ve gotten to know the family and spoken to them, and so we want closure for us and for them.”

Bill said if he could see his wife again he would hug her and tell her that he loved her. He said his family appreciates the community reaching out to them.

“It’s been amazing how people here responded. I don’t know how many people were out here Sunday afternoon, but it must have been a hundred or something. It was covered out here with people searching, walking, some of them were walking through thorns, some of them walked through the really thick underbrush,” he said. “I have a church family in West Point. West Point United Methodist Church has responded with a lot of food and prayers. It’s just been an overwhelming response from the community.”

Smith said the TCSO is now mainly focusing on getting Evans’ story out to the community.

“That’s certainly the major thing we are focusing on now is just continuing to get her face out there, get the story out there and if by any chance anyone did see something and they’ve been hesitant to call,” Smith said. “A neighbor just told us that information today, not thinking anything of it until today, and so we certainly rely on that.”

Evans said he and his family hope the community will contact the TCSO if anyone has information on Carol.

“We want them to contact the sheriff’s department,” he said. “We appreciate any kind of help we get. There’s a lot of people praying about this situation.”