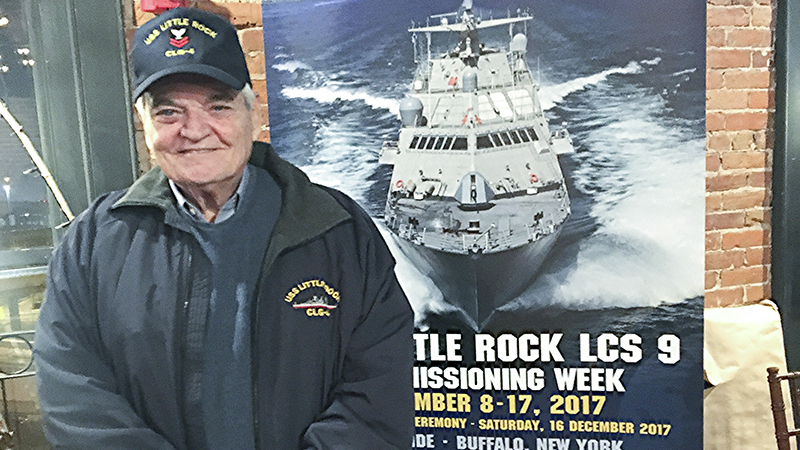 “I served on the USS Little Rock, which was a guided missile cruiser in the ‘60s, and we have an association of sailors who served on that ship, and I’m the president of that association,” Stankiewicz said.

Ray Mabus, former Secretary of the U.S. Navy and one of Stankiewicz’s shipmates, helped arrange commissioning and naming of the boat.

“We have about 1,000 members (in the association). One of our members and a shipmate of mine was a gentleman by the name of Ray Mabus, and Ray went on to become the governor of Mississippi and then Secretary of the Navy,” Stankiewicz said. “He was primarily responsible for having a new ship that was being built named Little Rock. He was also responsible for having the new ship commissioned alongside the old USS Little Rock, which is a museum ship in Buffalo.”

“It was supposed to be this summer, but it got delayed because of the process of having sea trials and having the ship accepted by the Navy,” Stankiewicz said.

“The ship was commissioned on Saturday morning in 20-degree weather and in snow. It was brutal, and it’s an outside ceremony,” Stankiewicz said. “But nonetheless it was exciting for all of us old guys who had served on the old ship. There were about 80 of us there. We had a great time.”