Man who led police on chase dies from injuries 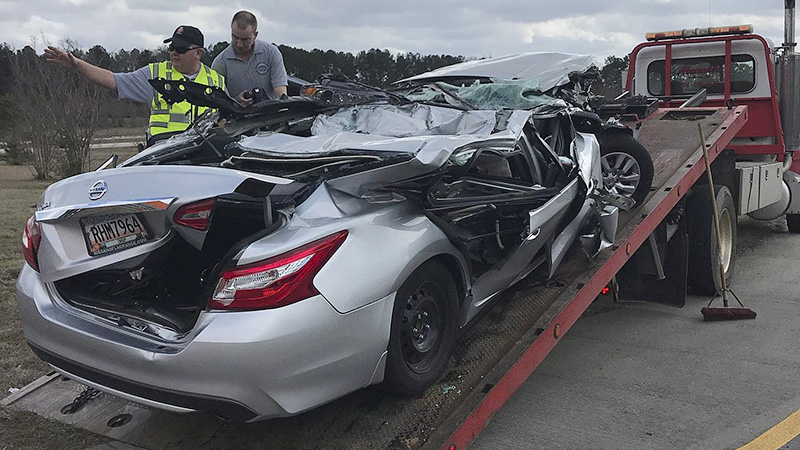 A LaGrange man died Monday after wrecking his vehicle into a tractor trailer in Hogansville last week. Victor Cameron, 25, was taken off of life support Monday afternoon, according to Troup County Coroner Jeff Cook.

Cameron led Grantville Police on a chase Friday that ended on Highway 54, just past the off-ramp to Interstate 85 in Hogansville. According to Grantville Police Chief Steve Whitlock, the chase reached speeds more than 125 miles per hour.

Cameron was airlifted to Grady Hospital in Atlanta. According to Whitlock, he died on his birthday.

According LaGrange Police Lt. Dale Strickland, Cameron had an active warrant through the LPD for obstruction.

“I’m just really sorry it ended up this way,” Whitlock said. “This is a tragic thing that happened here. It is the last thing I want to see in my life. To get injured like this when all he had to do was stop. I’m sorry he had the warrants, but that’s probably why he was running was because of the warrants. If he had just stopped, he would be here today.”