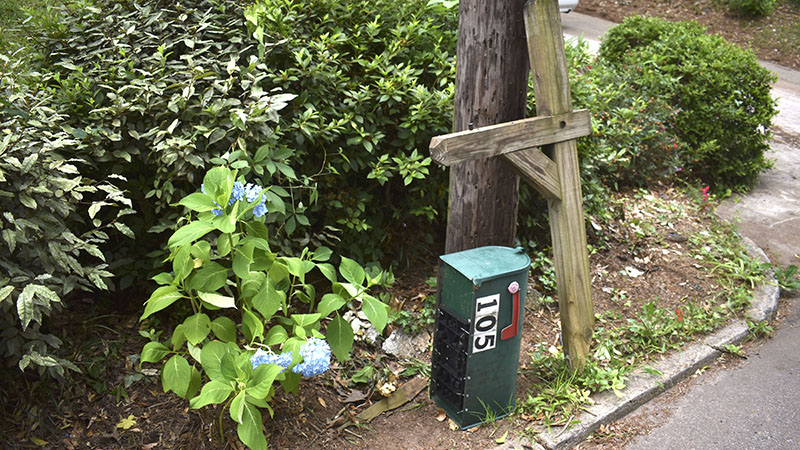 A mailbox on Waverly Way was knocked over. --Gabrielle Jansen

Approximately eight mailboxes were damaged Saturday night in LaGrange. The path of the damaged boxes included the 400 block of Granger Street, the 600 block of Lakewood Drive, the 400, 200 and 100 blocks of Waverly Way and the 600 block of Edmondson Drive.

LaGrange Police responded to the scene of the first mailbox on Granger Street Sunday at 6:53 a.m. LaGrange Police Senior Officer Chad Bohannon said they think the incidents occurred in the evening and do not know if the damage occurred by being struck by a vehicle or object.

“I don’t know if it was more than one individual or group of individuals, but they occurred all at the same time frame,” Bohannon said. “We worked with every residence that we could find and locate early [Sunday] morning to get them notified and let them know that the report has been made. We will continue to watch the area and follow up on any leads that may lead us to an arrest for all of the incidents.”

Damaging mailboxes is a criminal trespass misdemeanor, but, if damage costs more than $500 it would be a criminal damage felony.

Hailey Brown said her neighbor sent her a message about her mailbox on Sunday morning. She said this was the first time in three years something like this has happened in her neighborhood.

“We went out and looked at it, and sure enough it wasn’t knocked completely down, but it’s broken, and it’s bent,” Brown said.

“It looks like it got hit with a baseball bat.”

Amy Livingston said her mailbox was knocked over near the end of the week on Waverly Way.

“We woke up, and it was just hanging over literally. It came out of the concrete,” Livingston said. “That’s what I’m trying to figure out right now, is how am I going to get my mail?”

Bohannon said if anyone had a damaged mailbox in the area of Granger Park, they should contact the police.

“[Knocked over mailboxes] do occur, but not typically like this,” Bohannon said.