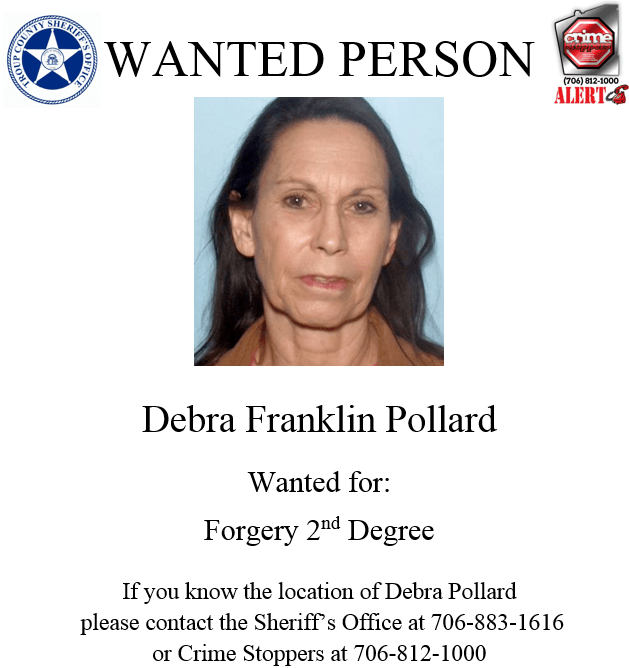 Investigators from the Troup County Sheriff’s Office are still searching for a LaGrange woman who has been wanted for second degree forgery. Debra Franklin Pollard, 57, has been wanted by the TCSO since June 2017, according to Sgt. Stewart Smith.

Second degree forgery is defined in Georgia code as “…when with the intent to defraud he or she knowingly makes, alters, or possesses any writing, other than a check, in a fictitious name or in such manner that the writing as made or altered purports to have been made by another person, at another time, with different provisions, or by authority of one who did not give such authority.”