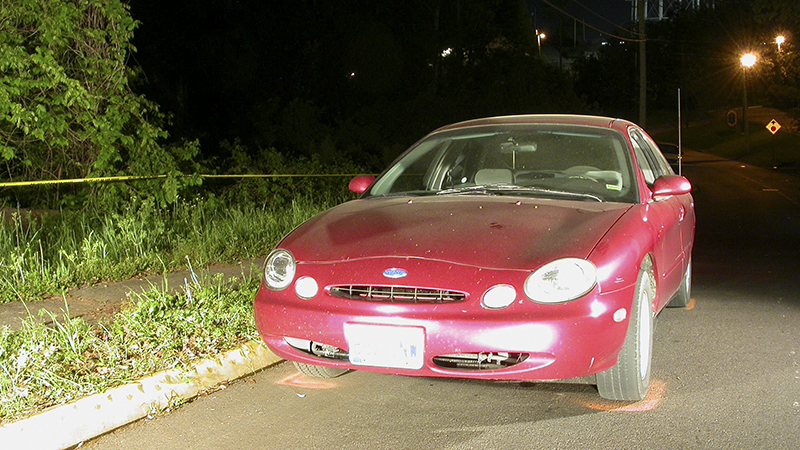 The LaGrange Police Department is asking for the public’s help on a 15-year-old cold case. Above, the car where William Kent Adams was found unresponsive is shown. (Contributed)

The LaGrange Police Department is hoping the local community can step forward with information to help solve a 15-year-old cold case. William Kent Adams, of Missouri, was found unresponsive in his car on April 15, 2003 at the 600 block of Ridley Avenue.

LPD Det. Ley Wynne said Adams was working at the time for a company that cleans up railroad crossings, and had left work at 6:30 p.m. Wynne said around 8:30 p.m., officers responded to a call about a suspicious vehicle at Ridley Avenue, and Adams was found in his car with a bullet in his chest.

“An autopsy was completed the following day by the Georgia Bureau of Investigations crime lab, and they said that he had suffered a gunshot wound of the chest, small caliber, and they ruled it as a homicide,” Wynne said. “The detectives [that night] canvassed the area. Nobody mentioned or reported hearing any kind of gunshots or anything suspicious. They reviewed video surveillance from the store that are right around that area and never saw him on the video.”

Wynne said the detectives back then interviewed persons of interest, but never developed a suspect.

“It’s one (case) that’s kind of been difficult in the sense that he wasn’t from here,” Wynne said. “A lot of the time when people are from here, and they’re killed here, then typically, more people know them, maybe know more about their habits or people who they hung out with. But with this one, he had only been here a few days. We’ve spoken with the family, and, of course, they’d like closure, but they understand the difficulties that we’re up against.”

Wynne said the department reviews its cold cases every year, and decides to ask the community to help for following up with them. Wynne said tips can be reported anonymously through Troup County Crime Stoppers.

“It’s been 15 years, so we’re hoping that maybe somebody who was younger then maybe has matured a little now, and decided that they know something and may want to come forward with information,” Wynne said.