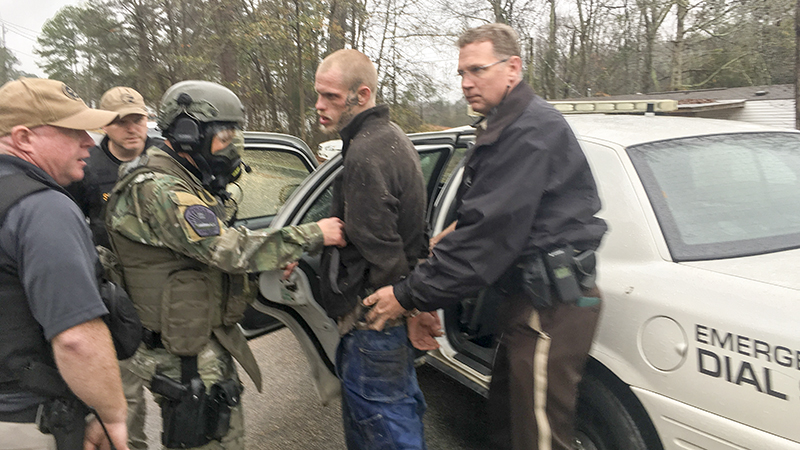 A shooting suspect was arrested in LaGrange Wednesday after a six-hour standoff with police.

Shane Steven Aultman, 28, was arrested after the Troup County Sheriff’s Office and LaGrange Police Department used tear gas to force him out from underneath a trailer on Kelley Street.

Dusty Sivell, 23, and Aultman, both of LaGrange, were suspects in a home invasion and shooting that occurred Tuesday on South Stateline Road. The victim, a 47-year-old man, was shot in the chest and was transported to a Columbus area hospital. An update on his condition was not available Wednesday.

Sivell was arrested after a pursuit of the Corvette on Tuesday. TCSO Sgt. Stewart Smith said police located Aultman after receiving information about the location of the stolen Jeep, which was found at East Side Baptist Church on Mason Street.

“A person was seen getting into the Jeep and driving down Kelley Street, and we stopped that Jeep,” Smith said. “At that point, the person in the Jeep told us that Aultman had told him to get in the jeep, drive around and pick him up in the trailer in front of Kelley Street.”

Smith said four other people were in the residence, but they left before the TCSO and LPD set up a perimeter. Smith said they don’t anticipate charging anyone that was already in the home.