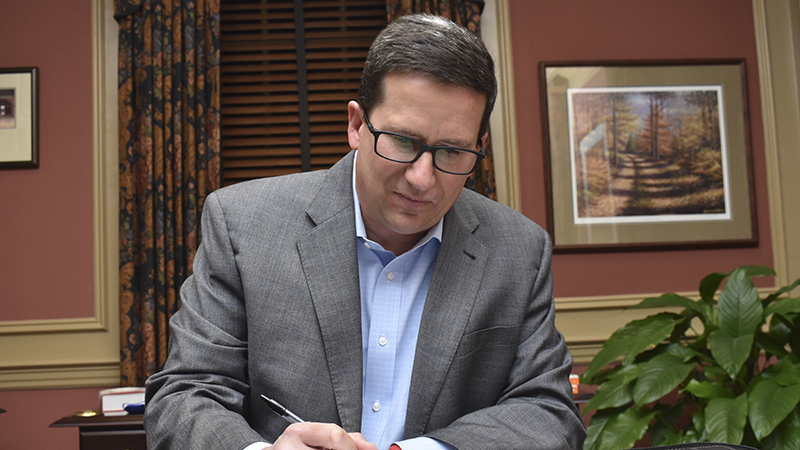 Paul “Tripp” Penn III entered his new role as president of the Callaway Foundation in a time of transition. After spending the last decade focused on downtown projects, the foundation will soon decide on a strategic plan for the next few years.

Penn took over the position from Speer Burdette, who retired at the end of December after 16 years.

Penn previously worked at the West Georgia Health Foundation, which was supported by the Callaway Foundation. Penn said some of the downtown projects started under Burdette are still being completed, including South Bend Park and the nearby skate park.

“[LaGrange is] a drastically different place than it was just a decade ago,” Penn said. “Most of the things on that strategic plan, they’ve accomplished by working with city leaders and community leaders. So, it’s really time to develop a new strategic plan.”

Penn said the foundation will have a retreat in the spring where a strategic plan will be developed for the next three to five years. Penn’s immediate plans include getting to know his team at the Callaway Foundation and the leaders in the community so he can start developing relationships.

“There are regular requests that we get that we’ll be supporting, but we’ll be developing our strategic priorities for the next 3 to 5 years starting this spring,” Penn said. “I don’t have any specific projects in mind right now.”

Penn said he’s enjoyed getting to know everyone he will be working with at the Callaway Foundation.