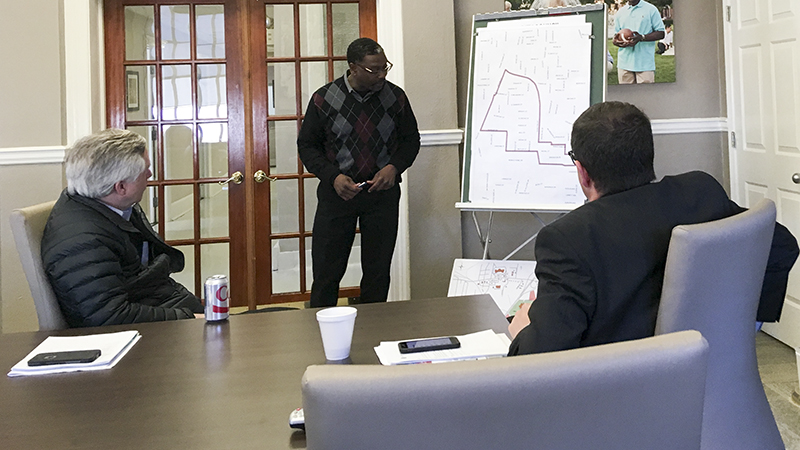 The LaGrange City Council voted to apply for a $750,000 grant to replace old water lines on Tuesday.

The city voted to apply for a Community Development Block Grant in order to replace old water lines between Hamilton Road and the railroad tracks, with the map shown in the meeting showing lines for Polk Street, Fendig Street and Butler Street, among others.

“These are old galvanized lines that are probably a hundred years in age, and recently when we’ve had a lot of cold weather, you’ve seen our city crews making a lot of repairs,” said Alton West, the community development director for the City of LaGrange. “That is a result of the very, very old water lines in these areas, so what we are applying for would be a grant to do about 12,000 linear feet of water line replacement.”

The city will find out if the grant was approved in October, so work on the lines would begin in fall 2018 at the earliest. No homes are expected to lose water when the lines are replaced since the city plans to run new pipes parallel to the old pipes.

Councilmember Tom Gore asked for clarification on the safety improvements that the grant and water line improvements would allow.

“We will also need to install fire hydrants in these areas because in most cases we’ll already have fire hydrants already on exterior streets like Whitesville and Hamilton Road, but some of these streets might not necessarily have hydrants,” West said. “So, we are looking at water line replacements and also some fire hydrant installation throughout the target area.”

Councilmember Nathan Gaskin asked that the city coordinate with the Georgia Department of Transportation when installing new lines on Hamilton Road, so that the new lines will not be destroyed when the Hamilton Road widening project begins.