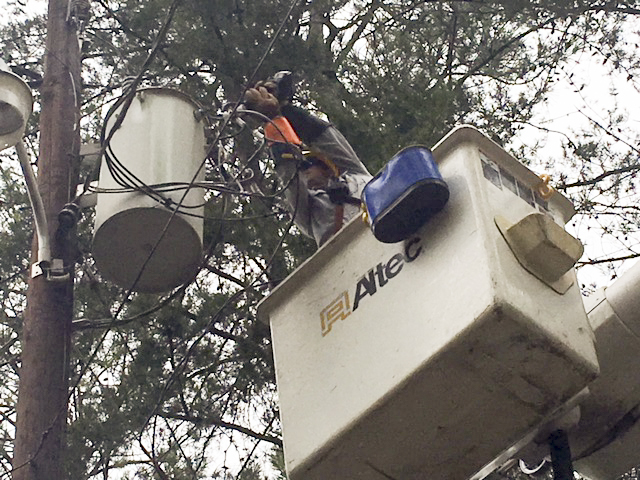 Utilities are the City of LaGrange’s primary source of income, and as such, the money from utilities goes toward everything from roadwork to park maintenance to salaries. Due to growing costs and a growing city, the council may soon have to consider how to account for rising costs to the city.

“We’ve seen some growth over that period of time [from 2009 to 2018], about a 44 percent growth in expenses to the general fund,” City Manager Meg Kelsey said. “… You can see that in 2009, we were somewhere around 38-39 percent that was being transferred out of utilities over to the general fund. You can see how it is creeping up over the past 10 years. This number for last year is just short of 50 percent. It’s 49 percent, so we are continuing to rely more and more on that utility revenue to help us. That is in terms of increased expenses.”

In the Fiscal Year 2018 budget, the expenses in the general fund are expected to be below budget, according to information released during the retreat, and Kelsey saw potential to reduce transfers from electric and gas. However, if the city wants to maintain a sound budget for years to come, measures to ensure that costs never outpace income will have to be taken.

“There is a growing imbalance between the growing needs of the general fund — and when we talk about the general fund, we are talking about the traditional governmental services like police, fire, parks and recreation, zoning, storm water — and the utility funds’ ability to support and fund these operations,” said Patrick Bowie, the City of LaGrange utilities director. “There is beginning to be a more significant imbalance.”

Bowie said that city utilities have seen slow sales growth in the last ten years due to energy efficiency, state sanctioned limits to expansion of city utilities and mild weather. He also expects to see solar power impact city utilities in the future. This stagnation has resulted in more money being taken out of the utilities fund then was made in certain years.

“We actually made about 12.6 percent profit [on electricity in Fiscal Year 2016-2017]; water, sewer 25.2 percent; gas 10.5 percent, so the systems are generating money,” Bowie said. “We are making money above our expenses, but after you transfer the funds out to the general fund, that drops the electric down to a 2.3 percent loss for Fiscal Year 2016-2017. Water still made 3.1 percent, even after the funds were transferred, and gas coincidently also lost 2.3 percent. So, that is something that we’ve got to look at and deal with when we start actually losing money in terms of the amount that utilities generate.”

Bowie hopes to see a shift in what percent of utilities funds are moved to the general fund to match Electric Cities of Georgia, which generally transfers 11.9 percent. In order to do that, some action will have to be taken beyond the cost cutting measures that the city is currently using to prevent the amount needed from rising.  That adjustment could mean higher utility rates at some point in the future.

“Given the challenges that you’ve enumerated, there is the possibility that some of those rates are going to need to be adjusted if the council wants to continue relying upon the utility fund to fund general operations,” Mayor Jim Thornton said.

Utilitiy rates would likely remain relatively low though in comparison to other parts of the state. The City of LaGrange ranked 14th out of 94 Georgia utility providers in terms of best utility rates in the state in the Summer 2017 Residential Rate Survey.

Council member Nathan Gaskin suggested that if a rate increase becomes necessary, the city pair the increase with a new service like meter reading technology that allows customers to more easily monitor usage in order to ease the transition. Council member LeGree McCamey pointed to the city’s ability to counterbalance rising costs for customers in the past. The concept of pay as you go utilities were also suggested, but the topic was not explored during the meeting.

He is risen: Locals celebrate Easter with sunrise service…