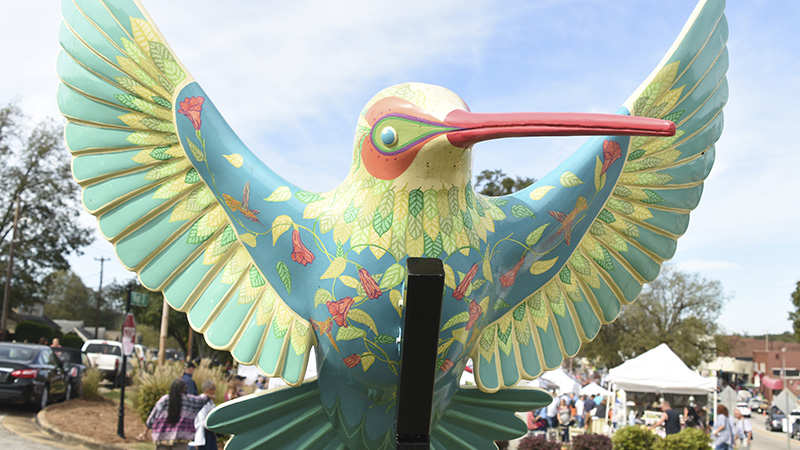 HOGANSVILLE — The Hogansville City Council approved the much-discussed downtown master plan during a Thursday afternoon work session, to cheers and applause from the crowd gathered.

The master plan, which cost $32,000 for the Georgia Conservancy to create, provides a path for the City of Hogansville to follow as the city attempts to revitalize itself. It also gives the city the ability to seek grants and funding from the state to assist in this revitalization effort.

The downtown master plan was discussed during a Tuesday council meeting, but a motion to approve the plan by Councilman Fred Higgins did not receive a second. After the Tuesday meeting, Councilman Reginald Jackson asked that the agenda item be added for Thursday’s work session, which is what led to the master plan being approved on Thursday.

Prior to the vote, Hogansville City Manager David Milliron recommended the council approve the plan, listing a plethora of reasons as to why, and also reiterated that adopting the plan does not force the council into any unwanted action.

“It is very salient to echo that the approval of the downtown master plan is not a commitment on behalf of the city, it does not actually behold you to anything,” Milliron reiterated.

Milliron also reminding the council that without the adoption of a downtown master plan, the city would not be able to apply for a number of state-funded grants, one of those being inclusion in the rural investment zones program.

“It is critical to point out that an adopted downtown master plan is required for the city to apply for the state’s rural investment zones, which is a new program that applies tax credits to new and existing businesses in distressed downtown areas,” Milliron said. “No more than 10 small cities will receive this designation each year out of the 450 cities that qualify. We did make an application. Ours was rejected because we do not have a downtown master plan.”

After some discussion, Jackson made a motion to approve the plan.

“I know we need to move forward to get grants,” Jackson said. “I’d like to make a motion to accept the plan.”

The motion received a second, and passed with a vote of 4-0. Councilman George Bailey was not present for the vote.

The city council is set to vote on the master plan for the Royal Theater during the second city council meeting in May, after the decision was made on Tuesday’s meeting to visit other cities, such as Dublin or Manchester, that have undertaken similar projects.