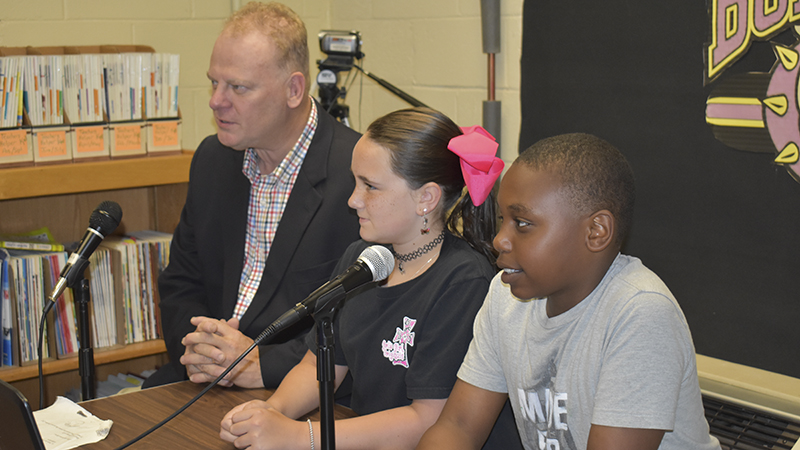 West Point Mayor Steve Tramell talked to students on the morning announcements about the importance of keeping our community clean. (Contributed)

The City of LaGrange, in collaboration with West Point, Hogansville and Troup County, is continuing its anti-littering campaign.

This week, an additional video featuring the cities of Hogansville and West Point was released.

City and county leaders began working together in early 2018 to tackle litter issues throughout the entire area.

Tuesday, West Point Mayor Steve Tramell debuted the video featuring West Point Elementary School students during the school’s morning announcements. He talked to the students about the importance of keeping the community clean.

“I’m so grateful for LGTV for creating this wonderful video for our community,” Tramell said. “Everyone here in West Point had a great time with their crew.”

Last week, Hogansville Mayor Bill Stankewicz debuted the video featuring Hogansville Elementary students during the school’s morning announcements. Students asked him questions about why the video is so important.

“I really despise litter. It’s like throwing trash in your house,” Stankewicz said. “Throwing litter in the streets is disrespectful to our community because this is home for all of us.”