Challenge over residency: Trammell questions whether opponent lives in District 132

Bob Trammell, the Georgia State House minority leader, sent a letter to Secretary of State Brian Kemp Wednesday, questioning whether or not his opponent in the race for District 132 lives in the district. 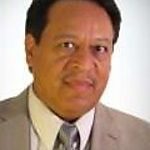 Trammell wrote in his challenge that opponent Leonard Gomez, who served on the Grantville City Council from 2013-2017, now resides in Newnan, at an address not within district 132.

“This is a basic trust issue,” Trammell said in a press release. “If you can’t be honest about where you live, how on earth can you be trusted about anything else?”

District 132 includes parts of Coweta County, Meriwether County and Troup County, including part of the cities of LaGrange, Hogansville and Newnan.

Candice Broce, press secretary for Kemp, said the secretary of state’s office has received Trammell’s challenge and is reviewing it.

“This letter documents what appears to be a very troubling attempt to perpetuate a serious fraud upon the voters of the 132nd House District and the state of Georgia,” Trammell said. “The facts outlined in this letter and supported with the accompanying documentation hereto warrant an investigation and hearing into this matter.”

In the complaint, Trammell notes that on qualification forms Gomez lists an apartment on Main Street in Grantville as his home address. Trammell alleges that address is uninhabited and wrote in his challenge letter that the utilities had not been connected or turned on as of Sept. 1.

“Residency is a requirement for the job,” Trammell said. “He literally lied on the job application about the most basic qualification for the job.”

A call to two numbers on Gomez’s campaign documents were unanswered Wednesday, and a message was not returned.

Shelter from the storm: Animal shelter takes in animals in path of Hurricane Florence