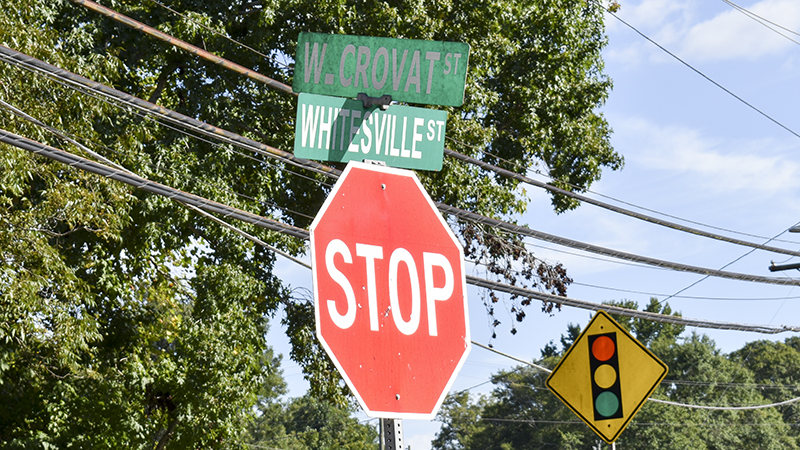 East and West Crovat Street will be keeping its name, after the LaGrange City Council voted against a proposal to change its name to Boss Street. The name change has been discussed for a month by the city council, including a public hearing. (ALICIA B. HILL | Daily News)

What is the best way to honor someone who impacted local children? That is the question the LaGrange City Council grappled with on Tuesday, as it considered a request to rename East and West Crovat Street after Anthony Jerome “Boss” Freeman.

The vote to change the street name on Tuesday died for lack of motion — meaning none of the council members asked to move forward with the vote. However, council members said both in the evening meeting and the work session earlier in the day that they would like to see Freeman honored in a way that does not require changing the legal addresses of more than 40 homes. A historic marker, a monument or even the naming of a proposed park were suggested as alternatives to the street renaming. The city council ultimately voted unanimously to approve a historic marker for Freeman with the specific details to be determined. Council members said in the meeting that they wanted to talk to residents of East and West Crovat Street before making a decision on what type of marker would be most appropriate.

“However it goes, we just know that this young man that they want to honor did a lot of great things for young people in the community in LaGrange,” Council Member Willie Edmondson said.

Since the initial request, the overarching concerns regarding the proposal have been the number of residents that will have to change the addresses on everything from driver’s licenses to employer information and a question over the level of support for the change from the neighborhood. The council was told about a petition in favor of the renaming, but the petition was not available for council review on Tuesday.

“The only reason we were a little bit negative about the signing based on the number of people who have expressed an opinion is that it is very unusual that we would change that many addresses,” Council Member Tom Gore said. “Our city manager told us it was something like 42 addresses. Forty-two times maybe two commercial transactions including your checking account and bank account, however many accounts you might have with anybody, might be multiple of 42 things that have to be done. Generally, when we change the name of a street, we try to do it when there are only one or two addresses that might have to be changed, so a very small number.”

Council Member Nathan Gaskin asked during the meeting, prior to the vote, for any residents of the street in attendance to raise their hands. The only person who raised his hand had previously spoken against the proposal.

“I told y’all that my mother lived on that street for 30 years at 200, but she actually lived 50 years from 1955 up until 2005,” resident William Hill said. “… That street has a lot of memories to me, and I am asking the council not to take those memories away.”

After the vote, council conversation turned to how to honor Freeman.

Council Member Jim Arrington suggested a monument, and Council Member Mark Mitchell asked if a park that is proposed for that area could be named after Freeman in part or in total. The final decision on the marker will be made at a future date.

The City of LaGrange has changed the name of Panther Way and Niles Street within the last two years, but both name changes were requested by the owners of the main property impacted by the change, LaGrange College for the former and the LaGrange Housing Authority for the latter.

Other items that went before the council on Tuesday included:

4The city council held a first reading on an ordinance regulating farm wineries.

4The LaGrange City Council approved an increase in the number of members of the planning and zoning board from five to seven. Susan Bowie and Kay Birkeli were approved to fill the additional seats, and former Council Member Norma Tucker was approved to succeed Kay Durand on the board.