LaGrange 101: City launches class to discuss how it operates 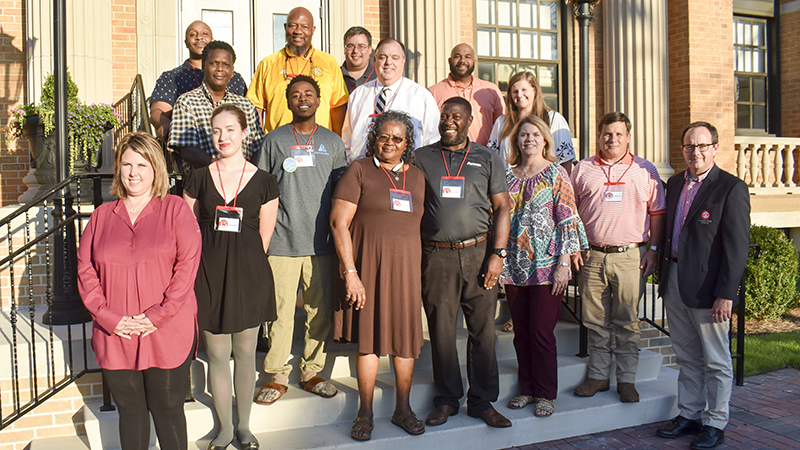 Locals from small and large businesses, community leaders, LaGrange natives and transplants gathered at LaGrange City Hall on Monday night for the inaugural session of LaGrange 101.

The new program was created to teach members of the community about the City of LaGrange, how it operates, why services are the way they are and to answer questions about the city.

“I hope that the citizens around the table are going to learn about what we do here in the city, have a better understanding, be able to go out in the community and be able to verbalize and communicate that and be advocates for the city,” City Manager Meg Kelsey said.

Before the first night of the class, participants were asked to make a list of concerns or questions they had regarding the city that they wanted to learn more about during the class. Kelsey said she saw the class as an opportunity to talk about some misconceptions about the city.

“A lot of times we don’t know that people don’t understand what we do, so it is important to hear that and to be able to tell them what we do and what we don’t do,” Kelsey said.

“But also, it tells us that we need to do a better job of sending that message out into the community because as I said before, perception is reality. If that is the perception, then they think that is the reality, so we need to go out and communicate to the people what we are doing and what is true and what is not true. I think that is important.”

This first group of LaGrange 101 participants received invitations to attend the class at the recommendation of the mayor and city council members. However, the class’s organizers hope a wide variety of community members will attend the class in the future.

“This is a great group of local citizens who are interested in learning more about the city,” LaGrange Mayor Jim Thornton said. “I appreciate the leadership the city manager [has shown] in putting this program together. I think that not only this session, but future sessions are really going to be helpful to our residents in understanding more about the city and how it functions.”

The class meets weekly and will cover subjects ranging from utilities to the police department to community development. Monday’s session covered the basics of how the city operates.

“It is nice that we had such a good, diverse group that were so engaged,” said Katie Mercer Van Schoor, the marketing and communications manager for the City of LaGrange. “… We are going to be doing this every year, and if it is popular, we might do it twice a year. We are excited to get the community involved.”