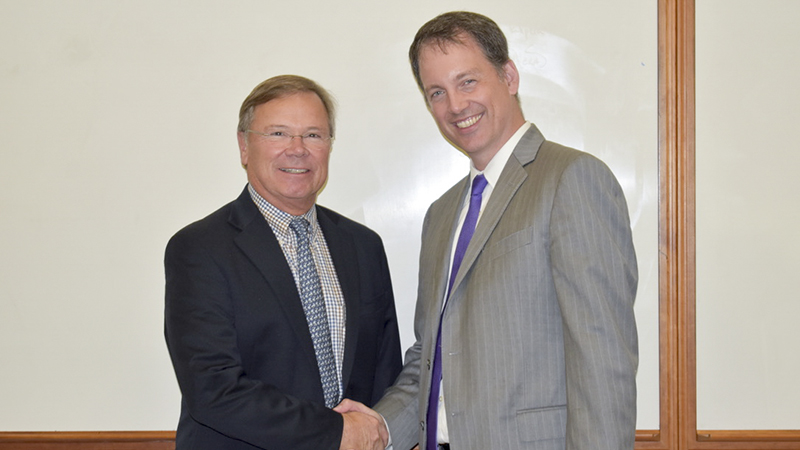 On the final day of early voting, two local candidates visited LaGrange College and shared a stage to talk to young voters about some of the issues that bring Republicans and Democrats together at the state level and what it means to be a state legislator.

During the event, Trammell and Smith answered student questions on everything from celebrity endorsements to how the parties interact at a state level to their accountability to voters.

“[Elections every two years] keep you accountable to the electorate, to the voters,” Trammell said. “If the decisions that have been made get too far out of the comfort level of the electorate, then you have two years to have a course correction.”

Both noted that the majority of state level legislation is passed unanimously. They also said that even on partisan issues they strive to represent the needs and wishes of the people they represent, though Trammell’s vote was tied to the party as the house minority leader.

“The name representative is the key,” Smith said. “We are there to represent the people of the district and in turn represent all of the state, so I am happy to be that liaison between the citizens and the state. I look forward to it.”

Trammell and Smith both said that they were excited about the high voter turnout throughout the state during early voting, and both candidates said that they enjoyed the bipartisan event and student comments.

“I think the most exciting thing is the opportunity to talk to with the students, to hear their questions and hear what they are interested in,” Trammell said. “While we are answering questions, we are actually getting a lot of feedback about what is important to them and priorities.”

They also noted the role of involved students in the future of politics at all levels.

“These young people are going to be the ones running the county, the city, the country, the state,” Smith said.

“I’m glad to see that they are involved and interested in these issues that are going on right now because they are our future leaders. They asked great questions. They have great comments. They have good insight, and I think that is wonderful.”