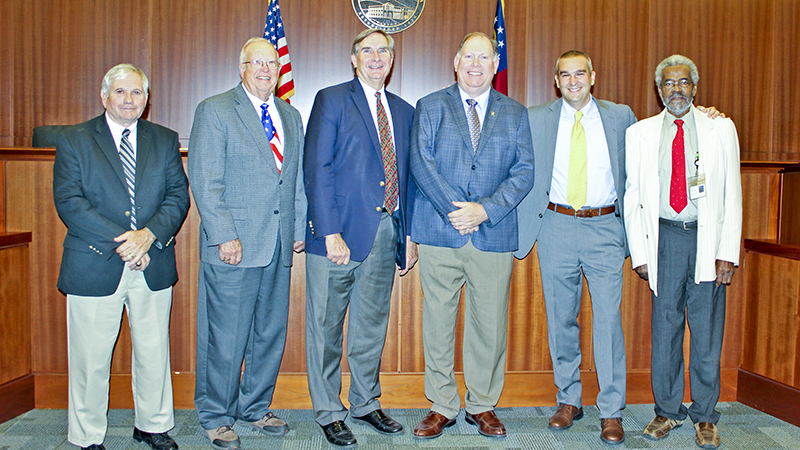 The Troup County Board of Commissioners announced that they appointed a new county manager, Eric. L. Mosley, effective Nov. 12.

After serving as assistant county manager of Troup County since January 2018, Mosley was appointed as county manager by the board of commissioners at the Nov. 6 regular scheduled board meeting. Mosley succeeds previous County Manager Tod Tentler, who recently retired.

He has spent the past 10 months preparing for this role at Troup County by working directly alongside Tentler daily and gaining essential knowledge and understanding of Troup County administration. Mosley’s first day as county manager was Nov. 12, 2018, and Chairman Patrick Crews claimed that he was already off to a great start.

“On behalf of the board of commissioners, I would like to officially welcome Mr. Mosley as the next county manager of Troup County,” Crews said. “We are very pleased with his excellent skill set and the ways in which he has already contributed to Troup County. We believe that he possesses the necessary qualities for this important role, and we are very excited to have him on board.”

As county manager, Mosley said he plans to build on the foundations already set by his predecessor by cultivating relationships with the staff and elected officials of Hogansville, LaGrange and West Point. He also wants to work on building a strong team within the ranks of the Troup County Government to include hiring new employees, all the way to senior staff. He believes that our employees are our greatest investment and provide the highest benefit. He said he is excited for the challenges ahead and looks forward to a long career serving the citizens of Troup County.

Mosley has a background in public safety, fire and emergency management, planning and project implementation and several other pertinent fields through his 17 years of experience working for the state and federal governments. He also has a bachelor of science degree from Toccoa Falls College, where he graduated in 1999. Before beginning his employment with Troup County, he had served as the assistant county manager at Spalding County for three years. He and his wife, Joy, and two children, Scout, age 11 and Nash, age 7, are newly relocated to Troup County and are enjoying emerging in all of the grand opportunities that the area has to offer.