On Thursday, the Troup County Board of Commissioners received an update from the records retention committee.

The committee is in the process of evaluating what kind of records the county currently has in storage and what is the best way to store those records.

“We do still have many records that are permanent,” County Clerk Valerie West said. “All of our minutes are permanent. For any boards that we have, the minutes are permanent, and we have some very old ones. In probate court, they have some records from 1829, and so we have to make sure that they are stored in an area that is climate controlled. There are quite a few records that have to be maintained the same way. We are working through all that. That is why we want to inventory what everybody has, and so that way we can start determining where it needs to go and then make those recommendations.”

County Commissioner Patrick Crews asked if the committee recommended still using a facility in Fort, Georgia, especially as more documents are stored digitally. However, the committee members in attendance agreed that storage would remain a consistent need.

“There are still quite a number of records that are permanent that we cannot ever destroy,” Troup County Archives Executive Director Shannon Gavin Johnson said. “Essentially, if they are created as a paper document then even if we have a scan, we still have to keep that paper document, so there is still going to be a great need for space. Fort, Georgia, is my preference.”

Johnson noted the location’s suitability based on safety from weather conditions. However, several recommended upgrades were listed including shelving and a new air conditioning unit.

In the meantime, Troup County is making efforts to ensure that many documents are able to be scanned and stored digitally.

“We are also looking at some software upgrades as well to assist us with scanning in documents,” County Manager Eric Mosley said. “We would like to be able to utilize some scanning abilities [on] things like invoices and receipts that come in as well, where we don’t physically have to go and look for contracts. There are a lot of systems that will allow us to upload all the contracts onto a server versus having paper copies.”

Mosley said that in some cases, the electronic document could serve as the official record and only version of the document. However, many documents will still need to be saved as physical pieces of paper. Any documents that are able to be disposed of should be shredded.

The committee’s evaluation is also revealing documents that have been stored longer than is now necessary.

“The courts have a lot of records, and we found out [Wednesday] when we saw a judicial record retention that some of them had 20-year retention or permanent retention that have been reduced [as far as required holding time] greatly — a significant amount,” West said. “So, that should free up a lot of space.”

The Troup County Archives stores records for the Troup County School System, the Troup County government and the City of LaGrange, and Mosley said that he hopes that any necessary expenses — like buying shelving or replacing temperature control systems — for maintaining records can be shared between the entities.

Other topics covered during the Troup County Board of Commissioners work session included: 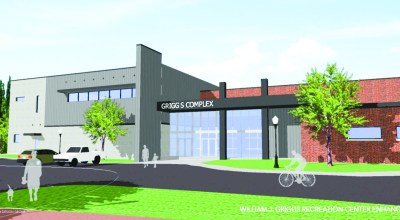