McWaters, Crews, English sworn in for another term in office 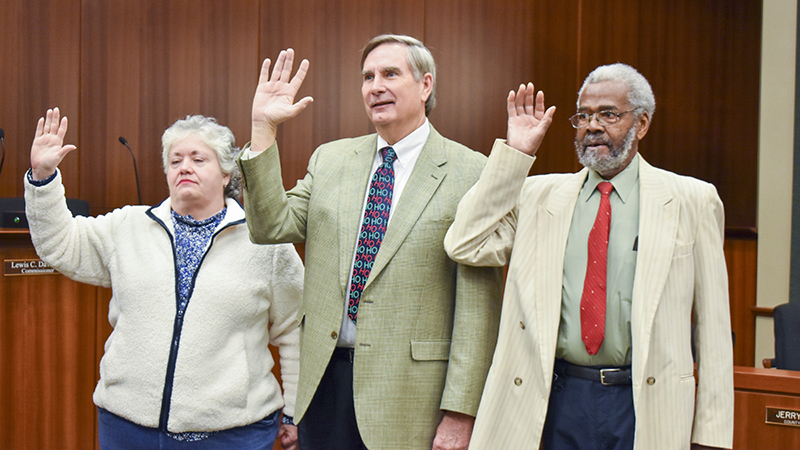 On Friday, Judge Vickie Sue McWaters, Troup County Board of Commissioners Chairman Patrick Crews and Commissioner Richard English were all sworn in for another term in office.

Judge Jack Kirby officiated the swearing ins, which were necessary to allow McWaters, Crews and English to begin their official duties on Jan. 1.

McWaters has been the Chief Magistrate since her election in 1986. In May, she received 5,438 votes in an uncontested re-election. McWaters graduated from LaGrange College and Mercer University’s Walter F. George School of Law.

Crews initially took office as the chairman of the Troup County Board of Commissioners in 2015. In May, he received 3,070 votes in a primary race against former County Commissioner Tripp Foster, who received 1,287 votes. He received 17,889 votes in an uncontested race in November. Crews graduated from the University of Georgia.

English was elected to serve on the Troup County Board of Commissioners in 1978 and was honored for 40 years of service in March. In November, he received 3,259 votes in an uncontested election. English graduated from West Georgia Technical College and attended the Academy of ACCG Leadership School through the University of Georgia. He is a U.S. Army veteran.