Dennis worked as a program director for the Coweta County Recreation Department, where he served for 25 years. Dennis said that he hopes to start by getting to know the people “who make it the great recreation department that it already is,” then look for ways to expand and improve programs. He said that he has a program-oriented approach to recreation. 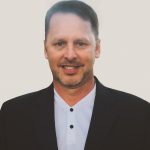 “I am very, very program-oriented,” Dennis said. “I love to see new programs take off, and existing programs grow and find ways to develop more and more so that they get more participation and are looked at as the envy of everyone else around.”

According to a county press release, Dennis built, coordinated, promoted and enhanced several athletic programs, including major programs for volleyball and flag football.

“I started a flag football league here [in Coweta County] 20 something years ago — I think I was probably the first one around the state that was doing it — and I went from having about 30 kids in it to having almost 500 now,” Dennis said.

His knowledge of sports program management is expected to be an asset to Troup County Parks and Recreation. Dennis also worked for the NFL/Party Planners West, where he served as the liaison for Coweta County.

“I want everyone to participate and know there are ways and avenues for them to participate at all different levels,” Dennis said. “My goal out of recreation is you want to create an environment where the people that you work with are proud of where they are from, and when they grow up, go off to college and get jobs, the things that you instilled in them and the memories that you made for them over their lifetime, makes them want to come back to where they are from and be proud that they are from there.”

As parks and recreation director, Dennis said he plans to enhance overall opportunities and ensure full utilization of local parks, facilities and athletic programs for the community. He said he also wants to encourage public input as much as possible in upcoming projects and plans.

Dennis graduated from the University of Georgia with a bachelor of science degree in criminal justice, pre-law and a master of education degree in sports management. He played football at UGA, and he supervised the team while pursuing his master’s degree.

Dennis currently resides in Coweta County with his wife, Stephanie, and their four children Ansley, Cathryn, Chase and Jett.

Dennis will begin work in the position on April 3. The position has been open since former director, Cajen Rhodes, left the position in November 2018.