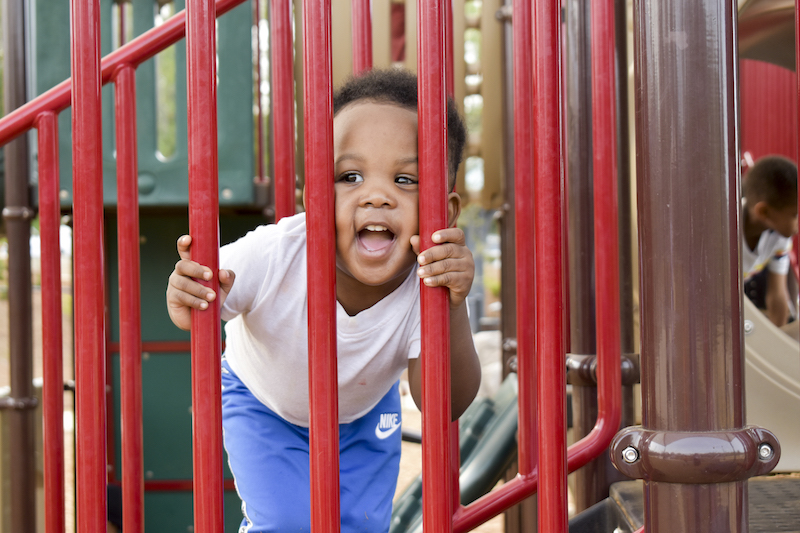 Southbend Park is one of the city parks that has become popular with citizens as the weather has warmed up. - Alicia B. Hill

The City of LaGrange has put a heavy emphasis on parks in the last few years, as major improvements at Granger Park and Calumet Park as well as coordination with the Callaway Foundation on Southbend Park have been realized. Those improvements are in addition to plans for Eastside Park and a recent commitment to improve Jones Street Park as well.

However, while the LaGrange City Council has expressed excitement at progress on these park projects — along with The Thread, which will tie many local parks together — major visual progress on local parks may temporarily slow down in the near future, while the city takes a hard look at what each individual neighborhood needs the most.

“So, what we’ve talked about is we really need to move on our master park plan, which will help guide us not just in this area [on Jones Street], but throughout the community,” City Manager Meg Kelsey said during the council retreat. “Look at where our parks are. Where should our parks be? Do we need more regional parks?”

The creation of a major parks plan has been on the city’s to-do list since 2017, and funding was set aside in the current budget to begin work with a group of expert consultants specializing in park planning. The plan will take advantage of Special Purpose Local Option Sales Tax funds from the current SPLOST. According to information released in a city council meeting in November 2017, a master park plan for the city will cost $130,000.

“Going through a holistic planning approach is the thing to do,” City Planner Leigh Threadgill said. “We’ve sort of been put in a position to take these parks ad hoc — just as they come to us — and I’m not always sure that we are able to give it the best analysis when we are looking at them through that narrow lens. Thinking about park systems for the entire community I think will give us a better idea of what we need to do in terms of types of amenities that need to be added and where it makes sense to add those amenities.”

One of the concerns that has come up at several community meetings on parks over the years is a lack of consensus among residents on which features would most benefit the people near the park, as well as people visiting from other parts of town.

The LaGrange City Council recently held a town hall in the Union Street community near Jones Street Park, seeking input on a variety of concerns including park maintenance, and while residents at the meeting universally agreed that park improvements are needed, ideas for what those improvements should look like varied widely.

“Just in that town hall meeting some of the ideas that were floated — there was debate even in that group of people whether or not those might be well-received,” Threadgill said. “So, I want to be sure that we are giving this the proper analysis before we just go and start investing in making changes.”

LaGrange Police Chief Lou Dekmar has previously noted the role of well-used parks in community safety, and while the council was in favor of creating a plan, they were hesitant to put Jones Street Park on hold while a holistic parks plan is created.

“I think we need to take a systematic, holistic view of our park system and get input from all various constituent groups, the county and others, but I wonder if there is not some low-hanging fruit at Jones Street Park that we could go ahead and look at in the meantime that would not necessarily prohibit a different use down the road if we were to develop a different plan,” Thornton said. “Things like knocking down that building that I think is an eyesore and probably an attractor to bad behavior, redoing the field, maybe there is a trail [to work on].”

Council Member Jim Arrington asked if it made sense to turn the park into a greenspace with a walking trail and create a new park in the area that would be easier for residents to access. Threadgill said that the best uses and locations for parks would come out of the master park plan, when it is complete.

“I think there needs to be something [at Jones Street Park],” Council Member Willie Edmondson said. “Remembering at the meeting they said, ‘This was discussed years ago and nothing ever happened.’ So, we need to do something.”

Threadgill recommended building a walking trail in the park and demolishing the old concession stand on the property. Thornton proposed working with the Downtown LaGrange Development Authority, who owns a piece of property nearby, to improve nearby walking access to the area. Council Member Nathan Gaskin proposed opening part of the parking area near the park for food trucks, which in addition to providing food would mean that people would be in the park regularly. The city council has spoken on numerous occasions about public safety concerns in parks that see little public use.

“The problem with that park is that it is no longer programed,” Kelsey said. “Years ago, everybody that is from LaGrange will remember going and playing baseball. They played there, but there are no ballgames there anymore. So, when you stop programing spaces, basically, people aren’t using the park. You need people in the park spaces.”

Troup County Parks and Recreation is over the maintenance and programing of parks in the City of LaGrange, but council members noted a general dissatisfaction of maintenance of passive park spaces, even with improvements to recreation areas. Thornton said that the maintenance contract would be renegotiated after the next census.