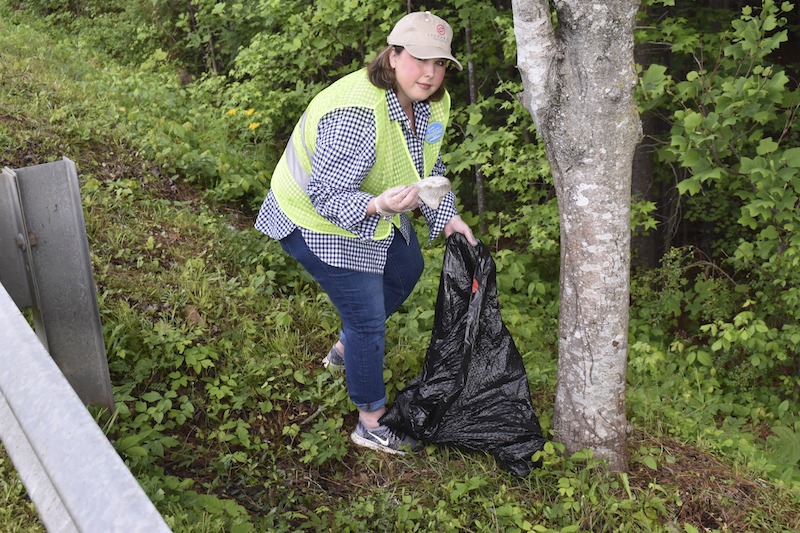 On Friday morning, the City of LaGrange shut its doors as city employees picked up trash along local roads at the city’s second annual Leaving LaGrange Better Than We Found It city-wide event.

Since the first event in April 2018, the City of LaGrange has hosted monthly litter pickups with citizens and volunteer groups, but Friday was the second time that all non-essential city staff took to the streets during business hours to clean up the city. Additionally, the City of LaGrange committed to keeping the 200 block of Ridley Avenue, the road where LaGrange City Hall is located, litter free as part of Keep Troup Beautiful’s Adopt a Block program.

“There are two reasons why we are here today,” City Manager Meg Kelsey said. “One is to improve the aesthetics of our community, which is important. The other is to save our environment. I don’t know if you’ve been out in the streams lately, but throughout the year, we’ve been picking up trash all over LaGrange, and we spent some time in the streams. There is a lot of trash that washes off the roadways and ends up in our lake and our streams.”

“Thank you to Meg for the vision that is shown here with a city-wide shutdown and the residents and the businesses all coming together and cleaning up,” Mayor Pro Tem Jim Arrington said. “Without [city employees] and the other groups that we have around the community that are getting ready to get started this morning, this vision would not become a reality. I just want to say thank you this morning for you guys leading by example.”

“It helps build morale and character in the community,” Gaskin said. “I think a lot of people that picked up trash last year that are out here this year noticed that there was a lot less trash, which means the community is actually taking part and keeping the city clean, which is what this was all about in the first place. I’m just excited that the citizens of the city care. I’m excited that the employees of the city care, and hopefully we can get other cities to join in this program and keep it going.”

City employees picked up litter on Lafayette Parkway, Vernon Road, Mooty Bridge Road, New Franklin Road, Commerce Avenue and other roads throughout the community during the event, with help from some citizens who have been working to keep roadsides clean.

“I walk quite a bit along Vernon Street, and one of the things that I recognized about three, four months ago was there is an awful lot of trash that was littering Vernon Street on both sides — from the college, all the way down to the square,” said Mark Storrs, a citizen volunteer. “Knowing that Vernon Street is a major arterial in LaGrange, I said, ‘Vernon Street needs to look a lot better for all the people that travel it.’ As much as I love LaGrange, I took it upon myself to start picking up litter along Vernon Street.”

Storrs learned about the City of LaGrange’s monthly cleanups, and he soon became a regular participant.

“A little over a year ago, we welcomed the support of the City of LaGrange,” said Scott Landa, the executive director of Keep Troup Beautiful. “This has been outstanding in terms of what the city has encouraged and supported over this year.”

Following the cleanup, the City of LaGrange recognized two citizens, Storrs and Gail Hunnicutt, for going above and beyond in their efforts to clean up the city. Jim Russell and Brenda Leverett were also recognized for setting a positive example as city employees.

Residents still have the opportunity to do so when Keep Troup Beautiful hosts a program at Pyne Road Park on Saturday, which will be paired with the Lion’s Club Field Day. Landa said that Keep Troup Beautiful will supply bags, gloves and vests to anyone who wants to pick up trash. Businesses, civic groups and citizens are also encouraged to organize cleanups in the coming weeks as part of Keep America Beautiful’s Clean Your Block program.

“Keep Troup Beautiful is in the midst of Keep America Beautiful and the Great American Cleanup, so this time period — that started on the first day of spring, March 20, and really for us goes through the middle of May — we are encouraging groups like this to go out and cleanup and beautify.”