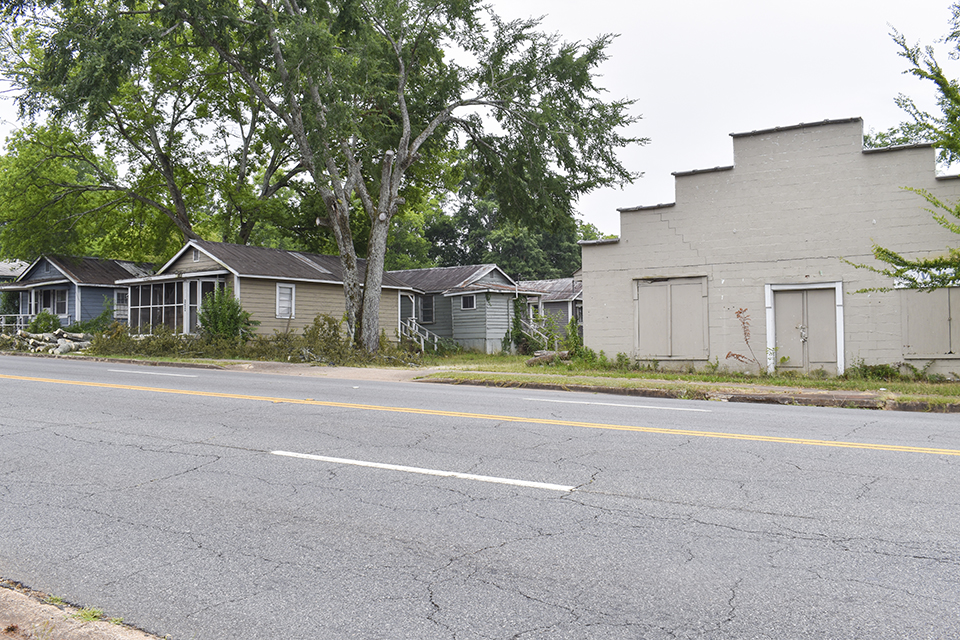 The West Point City Council denied a request from the West Point Development Authority for $80,000 from the city’s Forward Fund in a special called meeting Monday night. The final vote was split 4-2, with City Councilman Joe Downs abstaining. Gerald Ledbetter and Mayor Steve Tramell voted in favor of granting the request to the WPDA, while Alanteo ‘Henry’ Hutchinson, Gloria Marshall, Sandra Thornton and DeeDee Williams voted against.

The WPDA originally requested the $80,000 for assistance in purchasing a 1.14-acre lot of blighted land on East 10th Street, between Avenues H and I. The property contains two commercial/warehouse buildings and 18 private rental residences in poor condition, per the WPDA’s original funding request to the city. CDR Ventures, a construction company based in West Point, has entered into a binding contract with the current property owner to purchase the property for $258,000. Once CDR Ventures has cleared off approximately 75 percent of the structures on the property, the WPDA has indicated it will purchase the property from CDR Ventures for $288,000, with the intent to use the property for future economic development. Per the minutes from the WPDA special called meeting on May 10 of this year, however, this “agreement of the [WPDA] will be conditioned upon the city contributing $80,000 toward said purchase.”

The discussion on Monday night lasted approximately 20 minutes, and saw each member of the council express their thoughts and concerns. Early in the meeting, Williams asked if the WPDA had the funds available to make the purchase without the city’s help, to which City Manager Ed Moon confirmed it did. Williams then asked what the purpose of the city’s involvement would be, since the WPDA has the funds to cover the purchase.

“Some of the [WPDA] members felt like the asking price was more than the property was worth,” Moon said. “So, they wanted the city to partner with them to make sure they were making a good purchase along that corridor.”

Hutchinson shared that he understood the reasoning behind the WPDA’s request and felt both the WPDA and the city shared similar concerns and hopes for the property, but felt there were still unaddressed concerns.

The city council as a group reiterated their support for the WPDA purchasing the property for the purposes of economic development, but expressed a desire to leave the remaining Forward Fund money intact. Of the $2.5 million originally donated to the Forward Fund, there is approximately $90,000 left to be distributed, per Moon. According to Tramell, $50,000 is the minimum the city council can give from the fund at any one time, meaning the next request granted from the fund will be the last.

“I am 100 percent behind the Development Authority acquiring the property and making positive change on 9th and 10th Street,” Williams said.

“If that be the case, we have a Forward Fund with money set aside to do this,” Tramell said. “This money will not find a better use in this city. It ought to be done.”

Further questions were raised, however, surrounding why the city should be involved in light of the fact the WPDA has the funds to complete this transaction with no city help.

“I just don’t understand if the Development Authority has the funds, why don’t they make the purchase themselves?” Thornton asked.

“I think they see us as having a Forward Fund that is designed to do exactly this, and are saying, ‘we’re going to be better stewards of our money by using that Forward Fund money, so that we can have development along the 10th Street corridor,’” Tramell said in response. “This is exactly what it was designed to do.”

Downs asked if there were other available city funds, besides the remaining Forward Fund money, that could be used for this purpose, to which Moon expressed there were none he was aware of.

After more discussion, the council voted to deny the request.

The WPDA must now decide if it wants to move forward with the purchase of the land, in light of the fact no funds will come from the city. While there is no definite timetable for when the decision must be reached, the next West Point Development Authority meeting will take place on Monday, June 24 at 12 p.m. at 707 3rd Avenue.