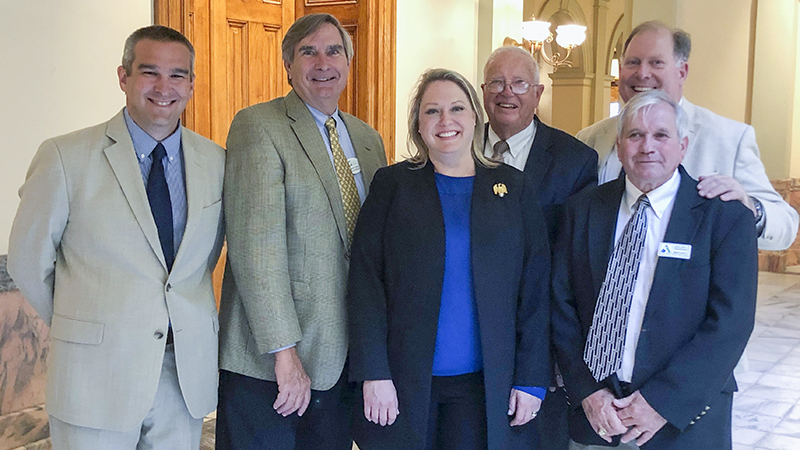 On Monday, Markette Baker, who served as the Troup County solicitor general from 2004 to 2019, was sworn in as the first woman to serve as a superior court judge of the Coweta Judicial Circuit.

“It was standing room only,” Baker said. “It was friends, family and colleagues, and it was really so overwhelming but in a wonderful way.”

“That meant a lot for people to come all that way to stand there with me,” Baker said.

Baker is a graduate of Converse College and Mississippi College School of Law, and was re-elected as solicitor general in 2008, 2012 and 2016.

Before serving as solicitor-general, she practiced bankruptcy and family law at Whatley, Baker & Baker, P.C., served as an associate municipal judge in LaGrange, represented families on the Troup County Juvenile Indigent Panel, and prosecuted misdemeanor cases as an Assistant Solicitor-General in Troup County.

In 2017, Baker was named “Georgia Solicitor-General of the Year” by the Georgia Association of Solicitors-General, and in 2006, Georgia Trend Magazine named her to its “Top 40 under 40.”

On Tuesday, she took on her first busy day at court in the position.

“It was good,” Baker said. “It was a court day, and I was happy to be able to get in there and help things move along as best I could. It is a good thing to have somebody who is sitting here in Troup County.”