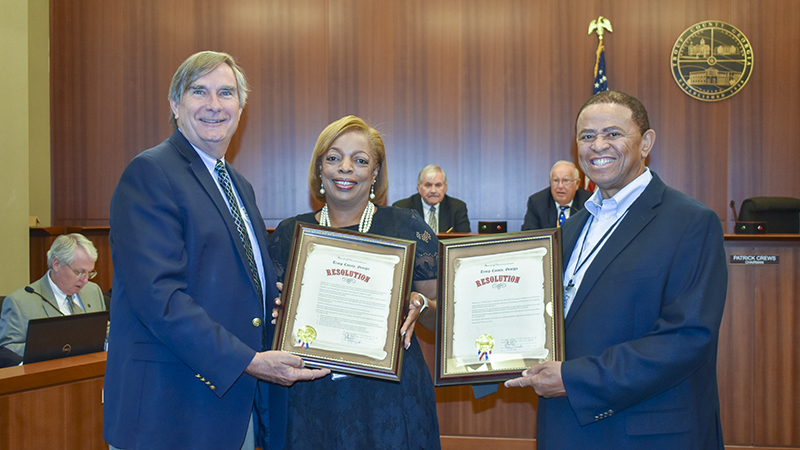 On Tuesday, the Troup County Board of Commissioners unanimously approved three separate home occupation business permits to allow locals to run small businesses from their homes.

Home occupation permits typically go before the Troup County Board of Commissioners when the proposed home business is not specifically listed in the county ordinance. The home occupation permits approved on Tuesday included a kennel/boarding house for dogs on Roanoke Road, a kennel for dogs on Old Hammett Road and an antique tractor and vehicle repair service on Hagler Road. None of the requests received opposition during the meeting.

The first home occupation permit considered allowed a resident to breed and house miniature dachshunds at her home at 2987 Roanoke Road. The applicant stated that the home business would not mean any additional traffic in the area, since all her sales will be online.

“I’ve always owned Dachshunds as pets, and for years I’ve worked for my own personal veterinarian — for probably 12 plus years — so I am very familiar with the medical aspect and the care of the dogs required,” said Teresa Adamson, the applicant. “I started out as a hobby breeder, with just maybe one litter a year, just to see if it was a business that I could do.  It was something that I was looking into as supplemental income for my family.”

Senior Building Official Jay Anderson said that he was not aware of any complaints regarding the dogs already at the location. Adamson said that she is not interested in raising any other dogs, and at her consent, a condition was placed on the permit limiting the breed to miniature dachshunds. According to information shared during the meeting, Adamson recently received a state license for a dog breeding facility.

The Troup County Board of Commissioners also approved a rural home occupation permit to allow a kennel to house 10 dogs at 233 Old Hammett Road. According to Anderson, the location met all the requirements for the permit, and the kennel would not be visible from the road.

The applicant, Heike Prehn-Rushin, did not speak at the meeting.

Finally, the Troup County Board of Commissioners approved a home occupation business license to allow a business owner forced to relocate due to the Hamilton Road expansion. The permit will allow him to use existing structures on his property at 123 Hagler Road for the use.

“I talked to all my neighbors, and no one has a problem with what I want to do,” said Bobby Yarbrough, the applicant. “The shop is barely visible from the road. Basically, I’m just trying to figure out something to do since I’m displaced from the property that I am on now. I’ll pretty much just use what I already have.”

According to Anderson, any additional structures on the property would require an additional permit, and the permit would not allow for any part of its business function to be visible from the road.

During the meeting the Troup County Board of Commissioners also took the following actions:

4The board of commissioners unanimously approved a resolution for a partnership with the United States Business Bureau for the 2020 Census and voted to create the 2020 Troup County Complete Committee to educate citizens on the census.

4The board of commissioners unanimously approved the Platinum PTS contract amendment in order to upgrade technology for emergency services.

4The board of commissioners unanimously approved the purchase of 15 open top trash containers for a total cost of $65,217 to replace containers past their usable life.

4The board of commissioners unanimously approved a resolution setting the county millage rate at 11.31 mills, the same amount that it has been set at since 2013. A citizen questioned rising home values during the hearing for the millage rate, and the county commissioners encouraged him to appeal his property assessment if he thinks the assessed value of his property is incorrect.

Officials urge use of common sense around lake, pools