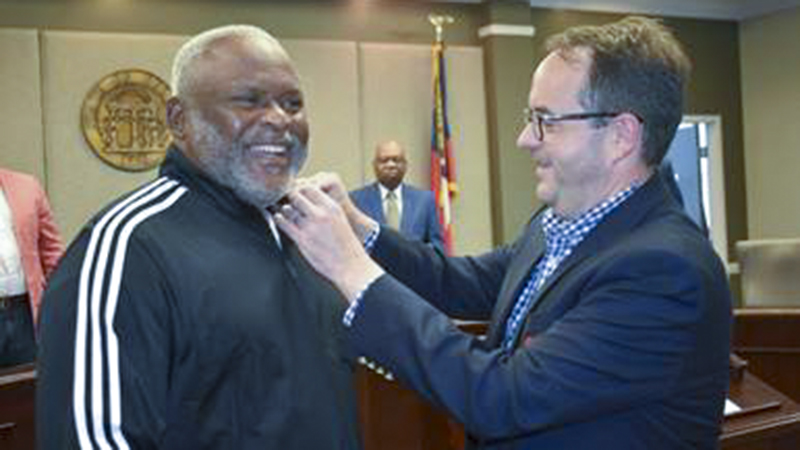 The City of LaGrange honored Walter Dowell Tuesday night for his 30 years of service to the city.

Dowell was first hired in June 1989 as a water distribution laborer and now works as a water service worker.

“Ever since I have worked here, I have felt at home,” Dowell said. “This was a pretty good feeling.”

With 30 years of experience under his belt, Dowell has been able to build his knowledge about the city and its water services.

“Once you get it under your belt, it becomes easier because you have dealt with it before,” Dowell said. “I’ve learned ways of getting it done quicker and better. People are always calling me because they know I have that knowledge.”

When it comes down to serving the city and its people, Dowell said he takes tremendous pride in his work.

“I like to do it right the first time, so I don’t have to come back,” Dowell said. “I like to be helpful to everybody.”

Dowell said his favorite part about his job is being able to put food on the table but also satisfying the community.

“I love when people write a letter or call us to let us know they appreciate a job done,” Dowell said.

“I like to go above and beyond with my work because I love to satisfy the customer.”

“We thank him for his dedicated service,” Clifton said.

Cafe Detour to close its doors on Friday