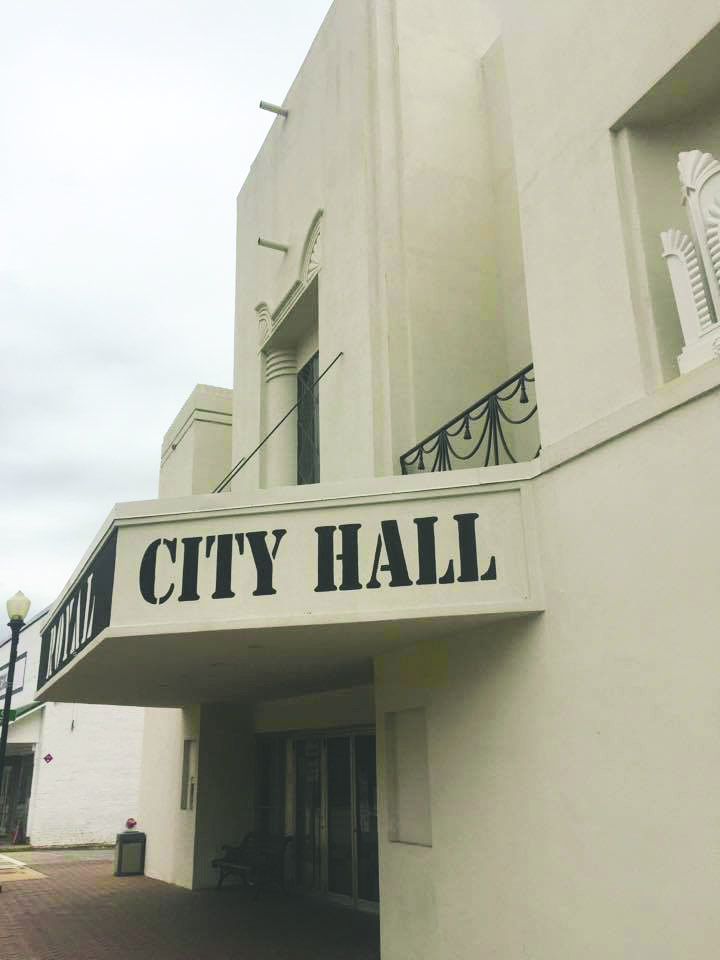 Early voting came to an end on Friday, which means voters last chance to take part in the municipal elections will be on Tuesday.

In Hogansville, there are six candidates total running for council positions.

Mandy Neese and Brenda Geter will run against one another for the open post three seat, which was previously held by Fred Higgins.

Incumbent George Bailey is running for reelection against Mark Ayers for the post four council seat.

Neese said she has gone door-to-door throughout the community meeting with locals and has heard them voice their concerns. She added that she was not able to make it to the first forum due to a death in the family.

“I have also met a lot of people through Facebook and people reaching out to me from my mailers,” Neese said. “I was shocked when people called and asked me questions, but that was the reason I put my phone number on my mailers. I wanted people to reach out and was happy that the reception was good.”

When talking to members of the community, Neese said the number one thing she’s heard is that they want a cleaner city.

Neese made a point for voters to look at all the candidates and their opponents closely.

“I’m highly educated and my job every day is dealing with government, government issues and infrastructure issues,” Neese said. “Everything our city is facing is what I do for a living.”

She added that it is important to have someone on the council, aside from the city manager, who understands the infrastructure side of things.

“We need someone who understands what we are getting into every time something is handed in front [of the council],” Neese said.

Geter could not be reached for this story but spoke to The LaGrange Daily News in September after qualifying ended.

“This is my community and I have come back home,” Geter said in September. “Things are just not the same, and I want to see if I can put my input in and make some improvements to the community.”

Geter said in September that she’s just a regular citizen who cares for the community.

“I want to fight for transparency and honesty for the city,” Geter said. “I feel like there things going on that a lot of citizens do not know.”

Incumbent George Bailey will run for reelection against Mark Ayers for the post four council seat.

“Campaigning has gone really well, and we did another forum on Tuesday, which went will,” Bailey said. “It has been pretty successful meeting with people in the community and listening to them voice their concerns.”

Bailey said the number one thing he is hearing from citizens is about utilities.

“Younger people are also concerned about getting more daycares in the city,” Bailey said. “But most of the focus has all been on the utility rates.”

Bailey decided to run for a third consecutive term because he said the past six years have been successful serving on the council.

“I have proven myself to the city as a leader,” Bailey said. “I need their votes because I am going in as chair of the chamber [LaGrange-Troup Chamber of Commerce], so I think I have inside sight. I have connections throughout the state, county and international, so I think that is a big plus for me going into this.”

Bailey said he wants to help continue the growth within the city and that his experience and leadership skills can continue to do that.

Bailey added that in 2021, he will be president of Georgia Municipal Association’s district four, which covers 10 counties.

“I think that will make a big impact on the growth of our city,” Bailey said. “That is a real big, big plus for our city.”

“It has gone good, so far, but in a small town like this you can never tell, so we will see,” Ayers said. “I have gone door-to-door talking to people and listening to them voice their concerns. They have listened to me and a lot of them already knew who I was.”

A major topic Ayers has heard from Hogansville residents is utility rates.

“They are worried about a bunch of old things that matter, but those things are things that take a whole village,” Ayers said. “It is not just going to take the city council to fix utilities, but years of hard work to fix what previous councils have done.”

“A lot of the citizens who have come up to me are worried that as we look into some more county-wide things we are going to forget about our individual citizens here,” Ayers said. “Some people have worries that candidates who come in are only going to help out one specific area, not everybody. Pretty much everyone I talk to says, ‘how are you going to help me, and this is what’s going on in my life.’”

Ayers said he has had citizens say they are worried about bad energy usage at their home, the school system or road infrastructure.

“Everyone we’ve talked to seems to have something else to work on,” Ayers said. “I I’m taking notes and waiting until I get an office to see what I can do.”

Strickland could not be reached for this story, but spoke to The LaGrange Daily News in September after qualifying ended for the election.

Strickland has served on the Hogansville City Council for four years and was the first African American and first woman to serve as the city’s mayor pro-tem.

“I think the past four-years I have definitely made a difference,” Strickland said. “And I continue to talk with citizens who encourage me and continue to ask me to run again. I feel like the job that I am doing is a good job, and I will continue to push on.”

Strickland said in September that she feels the accomplishments the council has made has helped move the city forward, and she plans to continue that work.

“We have to protect the citizen’s money. We have to make the right decisions for the overall city, and I feel like that is what I am doing,” Strickland said.

Striblin is the co-owner of Rogers BBQ in Hogansville and said she is ready to serve the city as a council member.

“I’ve had fun campaigning, and I made the commitment to do it every day,” Striblin said. “I have gone door-to-door, and that has been really interesting. It has been nice to meet people face-to -face and talk to them. A lot of times people want to talk and tell me their ideas and thoughts.”

Striblin said she has made a detailed list of everything citizens have voiced their ideas and concerns about.

“No matter where you were in town … they all wanted the same thing,” Striblin said.

“They all wanted to make sure the infrastructure was done. They were all concerned about cleanliness. They wanted an upgrade on paving, and this wasn’t just one side of town, there’s a lot of places in town that have paving issues.”

If elected into office, Striblin said she wants to follow the Downtown Development Authority master plan for Hogansville.

“I’ve read it over and over, and it’s a really good plan,” Striblin said.

Striblin said she wants to do what she can for the whole community and has the best interest for everyone, not just specific citizens.

Board of Commissioners hears update on Troup Transit