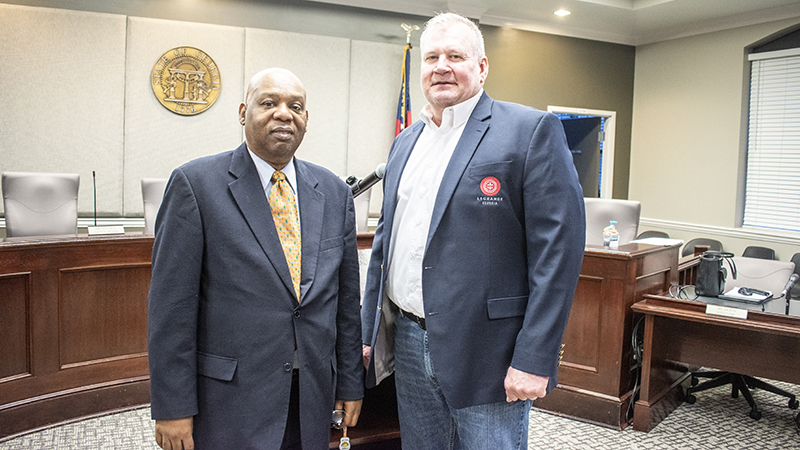 The LaGrange City Council authorized the mayor and city clerk to move forward with a grant application targeted to improve the Whitesville Road corridor.

Alton West, LaGrange community development director, said the $2 million Community Development Block Grant would be used to acquire property on Whitesville Road and Butler Street as the beginning of a redevelopment project.

He said former Shannon Auto Dealership on Whitesville Road would be transformed into a training facility to teach local students trade skills. Part of those skills would involve carpentry, HVAC or plumbing skills.

The idea is also to relocate those living in homes on Butler with the grant funds and redevelop the current homes from the ground up. West said at a public hearing this past Thursday that the students learning in the training facility would be the ones performing the revitalization work.

The grant is through the Georgia Department of Community Affairs and there are $4 million up for grabs between five municipalities. Bartow County, Hogansville, Macon County and Douglasville and LaGrange have requested $8.6 million.

West said he is still trying to figure out the city’s total request for the application but feels it will be close to $2 million. During the public hearing this past Thursday, West teamed up with LaGrange Housing Authority Director of Development Chad Cooper to unveils the plans for the grant. Beyond the training facility and renovated homes, Cooper said the plan also called for the implementation of grocery stores and other retail stores to eliminate food deserts in the Whitesville Road corridor.

“We want to put every available amenity in our community and walking distance,” Cooper said at the Thursday meeting.

West said Monday that he gets the sense that the Department of Community Affairs wants to fund as many projects as possible, so it’s crucial LaGrange gets its figures correct.

“They are looking at some of these applications as being best practices throughout the state of Georgia,” West said to the council during a work session.

He said if the city doesn’t get the full $2 million, the project would have to be scaled back a bit. However, because the city would be eligible to apply for Community Development Block Grant funding so there would be further opportunities for funding of the project in the future.

The city has until Feb. 14 to turn in a full application about its vision for the funds, and West said they should have a decision by the middle of March.

West has said if this goes through, he feels like it would make a big impact on the LaGrange community.

“We feel like is going to be a game-changer for this community and could possibly be looked at as a best practice for other communities,” West said.

He said the long-term vision for the project and the implementation of the training facility is to allow young people to get hands-on experience and then give them a place to stay within the community.

“I don’t want that talent to leave our community,” West said.

Also, on Tuesday night, Councilman LeGree McCamey and Mark Mitchell were sworn into office for another term. For Mitchell, this would be his second term after being re-elected in November in favor of Curtis Brown and Latasha Dudley in District 1.