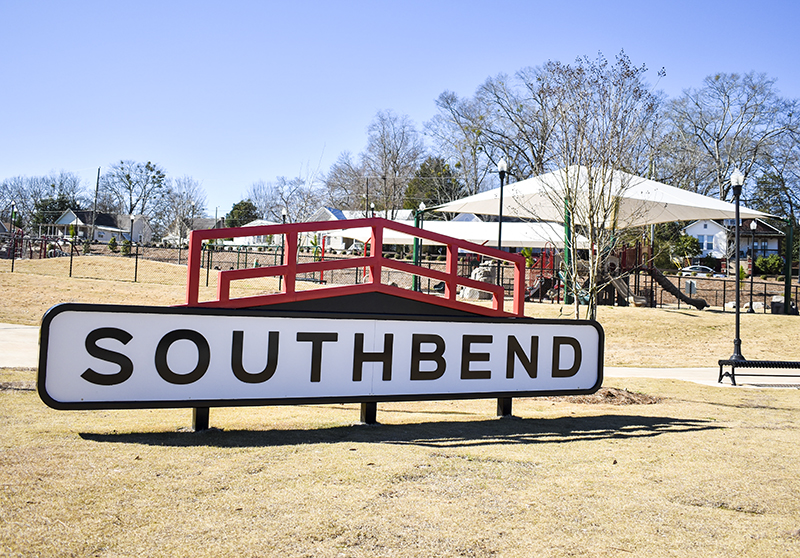 The city has received a grant from the foundation to construct the restrooms, which has been a highly-requested item from the public since the park’s opening in February.

Callaway Foundation President Tripp Penn said restrooms will help complete the park and make it more comfortable for everybody who visits it.

“It is wonderful to drive by there any day of the west to see skateboarders and people walking their dog,” Penn said. “We hope this (having restrooms) would complete this puzzle.”

During the Monday afternoon work session, Mayor Jim Thornton said one of the issues that came up in the early discussions about restrooms.

LaGrange Police Chief Lou Dekmar said Park is a good model because it has restrooms as well as strategically placed cameras.

LaGrange Lt. Mark Kostial said he’s been in communication with Skip Smith of Smith Design Group to talk about lighting options for added security. He added that there had been a conversation about surveillance cameras and locks on the restrooms with a timer to coincide with the hours of the park.

“I think we are on track to address those concerns,” Kostial said.

Councilman Nathan Gaskin asked if there could be a small police office attached to the restroom facility so the police presence would be visible.

Leigh Threadgill, strategic initiatives manager with LaGrange, said the designs call for storage space, Wi-Fi access and other aspects related to security. She said she didn’t see why the police department couldn’t easily access it.

Thornton closed the discussion Monday afternoon by thanking the Callaway Foundation for its desire to invest in downtown LaGrange and the park has been great for the city.

“Southbend Park has been a great addition to downtown and it gets lots of activity,” he said.

“And, this is a great addition to the existing facility.”